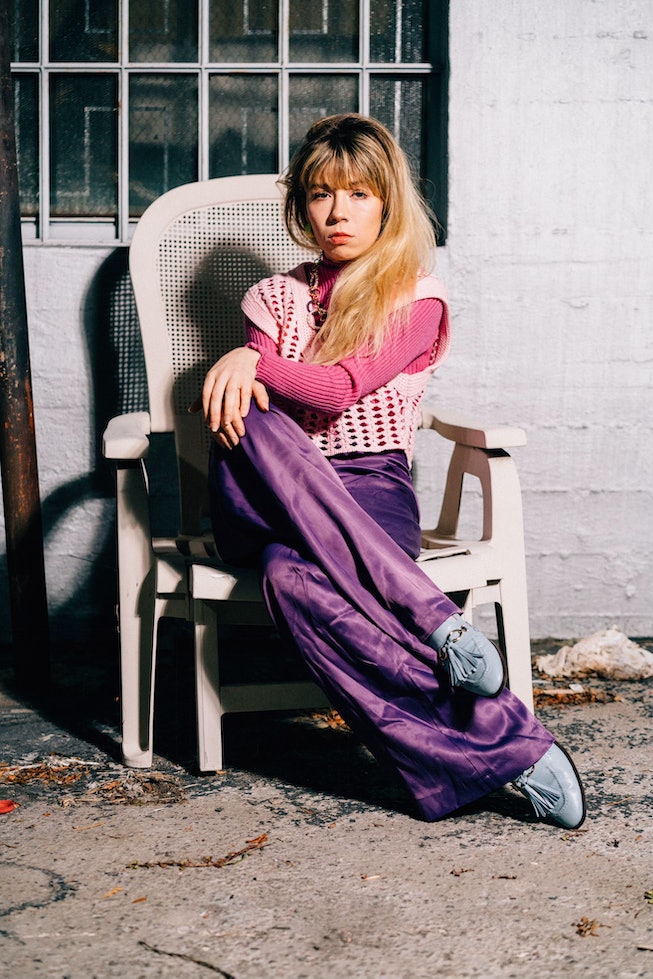 At 30 years old, Jennette McCurdy has found a way to channel her past experiences into the transformative act of writing. But there were many years — including from her first acting audition at six, to the time she spent starring on the massively popular Nickelodeon series iCarly and later, on Sam & Cat with Ariana Grande — where she was lost in the wilderness of unspoken pain. In her new memoir, I’m Glad My Mom Died, McCurdy describes how her mother thrust her into Hollywood, determined to make her daughter a star by any means necessary. Naturally, this came with its costs.

When the memoir’s title and cover — which shows McCurdy cheerfully cradling her mother’s urn (she passed away in 2013 after a 17-year-long battle with cancer) — first dropped in April of this year, the internet had a strong reaction. There were people who were shocked that anyone might seem to celebrate, or make light of, the death of a parent. And then there were those who understood that for children with complicated relationships with their caregivers, the death of a parent can set them free for the first time. In the book, McCurdy describes her mother’s behavior, from the calorie restriction that led to eating disorders, to the boundary-violating ways she monitored McCurdy’s body, as narcissistic abuse. Talking with NYLON ahead of the book’s release, McCurdy says that conversations about “familial, particularly parent abuse” are “long overdue.”

Read on for NYLON’s chat with McCurdy, below.

What’s the lead up to this book release been like?

It has been major. I feel very excited. Last night was the eve of pub date and I could hardly sleep. It felt like when you're little and you're like excited for Christmas, it felt like that last night. I watched National Treasure at 4 in the morning. I was so excited, I just had to do something.

Why do you think that the book is already resonating with people so much? What do you attribute that to?

I think and hope it's because of the honesty. And also it's a carefully crafted book. I get that it's my life. To me, that aspect of it is just secondary. First and foremost, I set out to write a good book, and I think I've done that. I think that's why it's resonating with people.

Did you have any fear or hesitation about writing about your past experience on these shows and the industry, knowing people would being paying such close attention?

Everything that I wrote about, I wrote about from such a personal perspective, from my own point of view, and that's the way I write — whether it's a memoir or a novel or whatever it is that I'm working on. I try to keep it really personal and focused on whatever the emotional arc is that I'm trying to focus on. So in this case, it was, of course, the relationship between my mother and I, and anything that's in the book ultimately is there to service that arc.

The book and its cover have sparked so much conversation about the nature of power dynamics within familial abuse. What’s that been like for you, to see people talking about that?

I think it's wonderful that these kinds of conversations are happening around familial, particularly parental abuse. I think they're conversations that are long overdue, frankly. I think the title ... it's something that people who have experienced parental abuse very much resonate with. I'm really happy to in any way help to, I guess, carry that torch.

Within these conversations, what are some of the biggest misconceptions you’re seeing around these topics, that you wish people understood better?

It's that there's so much love there for the abuser.

Has anyone that you wrote about reached out?

I write about my brothers a bit in the book, and they've all just been so supportive and lovely throughout the whole process of writing it, and also for for the book launch. I just got a text right before we got the phone from my sister-in-law, who's just rooting me on, and it makes me so happy to see the text of love and support from her.

In the book you write about some of the therapy you’ve done in your healing journey — could you speak to what’s been most helpful?

Boundaries were particularly helpful for me. And then DBT, a type of therapy, was particularly helpful for me. It's Dialectical Behavioral Therapy and it really works for various forms of addiction. I find it really effective. I find it extremely effective for eating disorders to the point that now I consider myself fully recovered, and I think it wouldn't have been possible without DBT and also without my specific DBT therapist.

With acting in your rearview, what’s next for you?

I'm working on a novel and a collection of essays. I've been enjoying working on them. Right now I'm really focused on the book launch, but I'm excited to get back into those and finish them up. I'd also love to direct more. I've directed a bit in the past, but right now my focus is really on the writing.

I’m Glad My Mom Died is out now from Simon & Schuster.