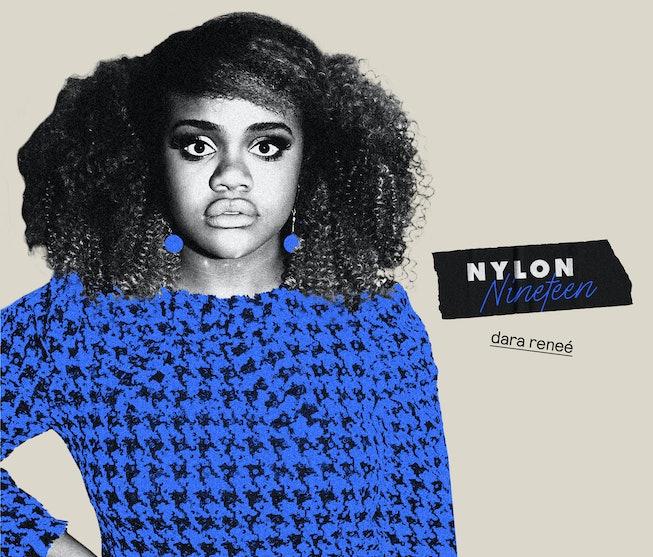 When Dara Reneé dressed up in head-to-toe cheetah print to see the Cheetah Girls live in concert as a child, she had no idea that Disney would be part of her destiny in a major way. Reneé first hit the scene in 2018 in the musical adaptation and Disney Channel Original Movie Freaky Friday, and the following year brought even more abundance. Not only did she land a three-episode arc on Black-ish, but also landed a gig that let her show off all of her talents: a part on the main cast of the Disney+ series High School Musical: The Musical: The Series.

Reneé has since proven herself to be a triple threat in the biz, acting, dancing, and singing her way through the Disney+ series as Kourtney, the classic best friend archetype to Olivia Rodrigo’s Nini, and also a self-proclaimed feminist who works in the theatre’s costume department. The 20-year-old is even releasing her own music; last summer’s soulful “Evolution” acted as Reneé’s love letter to the Black men and women who have inspired her creatively and spiritually.

Ahead, Reneé gets candid and wacky on her NYLON 19 — from why she’s over the constant Scorpio slander to the nostalgic value of a butterfly clip.