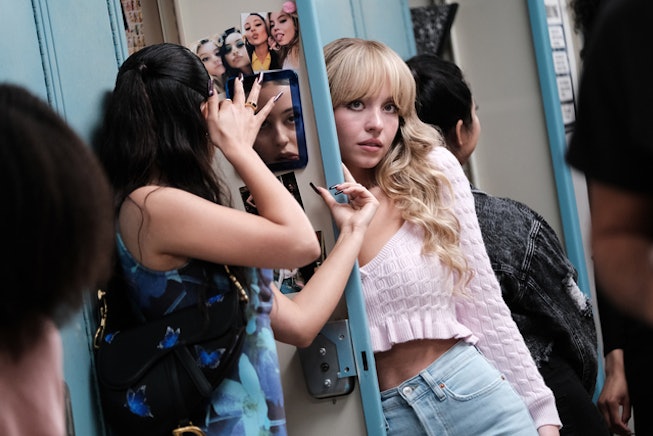 Following Sunday’s episode, a representative from D.A.R.E reached out to TMZ to express their concerns. In a statement provided to the media outlet they said, “rather than further each parents desire to keep their children safe from the potentially horrific consequences of drug abuse and other high-risk behavior, HBO’s television drama, Euphoria, chooses to misguidedly glorify and erroneously depict high school student drug use, addiction, anonymous sex, violence, and other destructive behaviors as command and widespread in today’s world.”

Since its premiere in 2019 Euphoria has received glowing reviews. The beloved series follows a group of teenagers who, per the log-line, “grapple with issues of drugs, sex, and violence.” Though often complicated, its intense plots coupled with stellar acting performances have made the show a fan favorite. Zendaya Coleman — who plays Rue, a struggling drug addict — even became the youngest person to win an Emmy for her work on the series.

D.A.R.E, however, believes Euphoria’s praise is ill-advised. While speaking with TMZ the organization said, “It is unfortunate that HBO, social media, television program reviewers, and paid advertising have chosen to refer to the show as ‘groundbreaking’ rather than recognizing the potential negative consequences on school-age children who today face unparalleled risks and mental health challenges.”

The drug education group was founded in the 90s to combat a growing drug-abuse issue in America. The program sent police officers to schools across the country to educate students about the dangers of substance abuse. It was relatively popular in its time, but their influence has since diminished. Though they’re no longer present in schools, the organization hopes to continue protecting the youth against drug abuse.

According to TMZ , D.A.R.E has expressed interest in meeting with Euphoria's producers to discuss their concerns. The groups representative said, “we would welcome the opportunity for our team, including members of our high school-aged Youth Advocacy Board, to meet with individuals at HBO who are involved with producing Euphoria to present our concerns directly.”

Sam Levinson, the series creator, and the rest of Euphoria’s team have yet to comment.