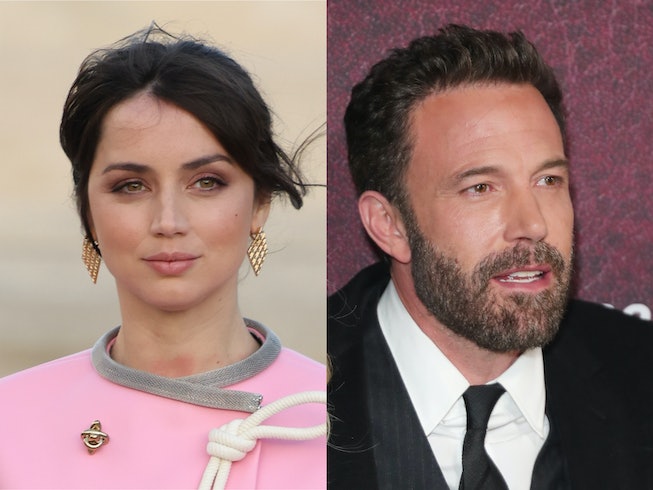 Deep Water is based on Patricia Highsmith’s novel of the same name. The book was originally published in 1957 before being reprinted in 2003. Per the synopsis, Deep Water “takes us inside the marriage of picture-perfect Vic (Affleck) and Melinda Van Allen (de Armas) to discover the dangerous mind games they play, and what happens to the people that get caught up in them.”

Highsmith's compelling tale has been adapted twice before. First, in 1981 by French director Michel Deville, who set the film in France. Then, again, in 1983 as a two-part television series in Germany. The upcoming U.S. production was directed by Adrian Lyne, whose past credits include Fatal Attraction, 9½ Weeks, Indecent Proposal, and Unfaithful. Lyne’s iteration is set in America, and if the trailers’ any indication of what’s to come, it’ll have us all on the edge of our seats.

The sneak peek, which was released on Monday, opens with De Armas and Affleck laying in a field staring intensely at one another. With a question that sounds more like a test, she asks, “Why are you the only man who wants to stay with me?” As she inches closer to him — filling the silence with more inquiries like, “Do you love me? And, “You’re not bored?” — we see Affleck struggle to hold it together. Finally she says, “Is there something wrong with me,” to which he responds, “There’s something wrong with me too.”

The film is set to premiere on March 18th on Hulu. Watch the full trailer, below.