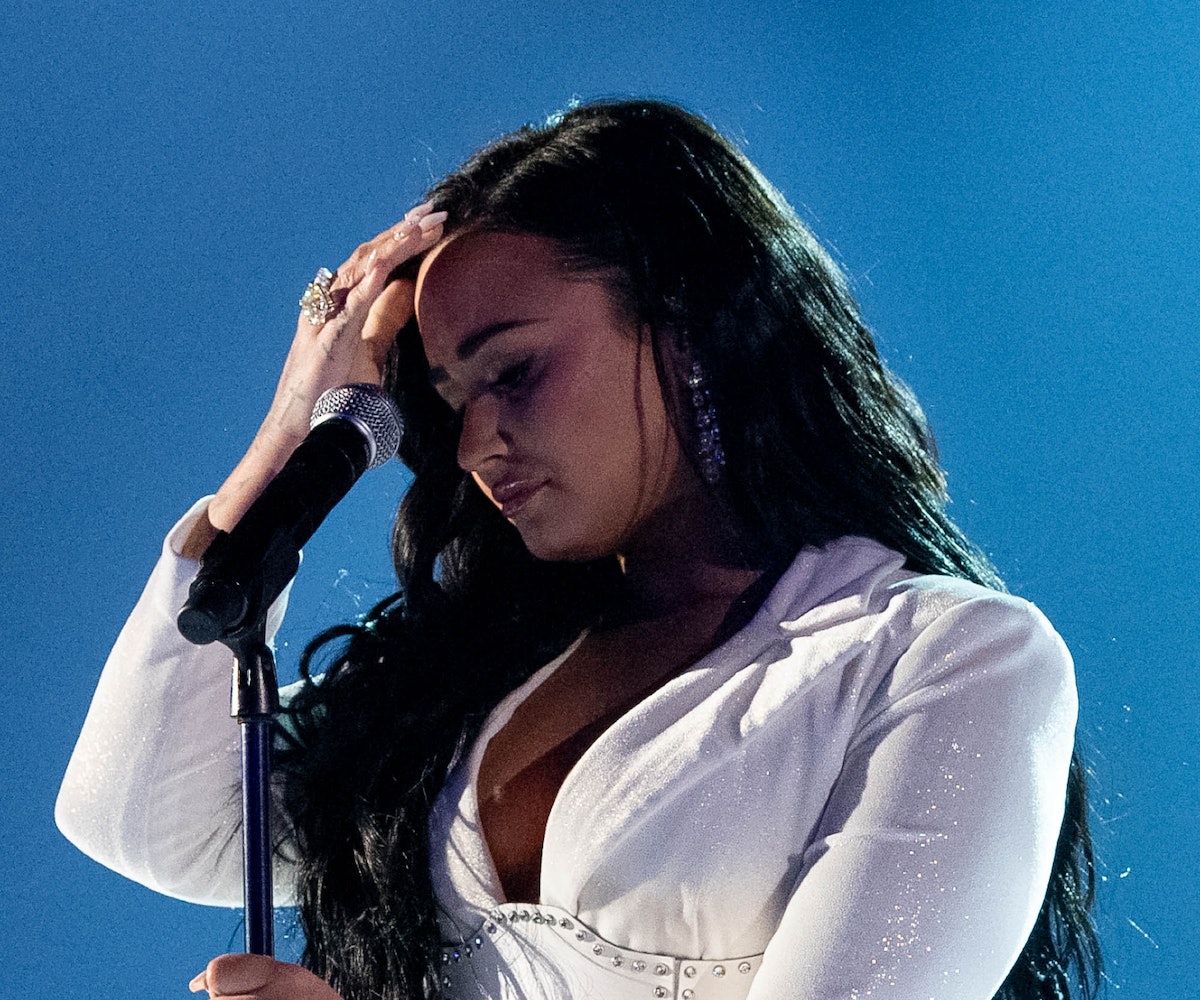 The previously announced Demi Lovato documentary series finally received its first official trailer on Wednesday. The four-part series titled Demi Lovato: Dancing With The Devil, premiering on YouTube on March 23, will be centered around the 28-year-old pop star's addiction and specifically will seemingly dive into the details around her 2018 overdose, the new sneak-peek seems to suggest. Near the end of the harrowing two-minute clip, Lovato reveals the magnitude of the overdose, explaining: "I had three strokes, I had a heart attack. My doctors said that I had five to 10 more minutes."

Though the trailer seems to suggest that Lovato's struggles with sobriety and her addictions will take center stage, the docuseries will also cover her short-lived and controversial engagement to Max Ehrich from last year, as well as her musical journey over the past three years, including her performance of the national anthem at this year's Super Bowl. However, it's clear that most of this documentary will be highly emotional; Elsewhere in the clip, amid discussion about the pressures Lovato faces as a celebrity, the "Anyone" singer is seen tearing up as she admits, "I've really struggled with this."

The trailer also gave a look into who else is involved in the project besides Lovato, which now has expanded to include talking heads from Elton John, and Christina Aguilera, as well as interviews with several people from her inner circle and team.

The first two episodes of the docuseries will premiere jointly on March 23, with the rest arriving weekly. It will be directed by Michael D. Ratner, who also executively produced Justin Bieber: Seasons. Previously, in 2017, Lovato and YouTube had worked together on the documentary Demi Lovato: Simply Complicated.

NEXT UP
Culture
The Madonna Biopic Is Being Scrapped
Entertainment
Harry Styles Is Performing At The 2023 Grammys
Entertainment
Raye Explicitly Speaks Her Mind On Debut Album, ‘My 21st Century Blues’
Entertainment
Annie DiRusso Makes Indie Rock For Your Growing Pains
Style + Culture, delivered straight to your inbox.