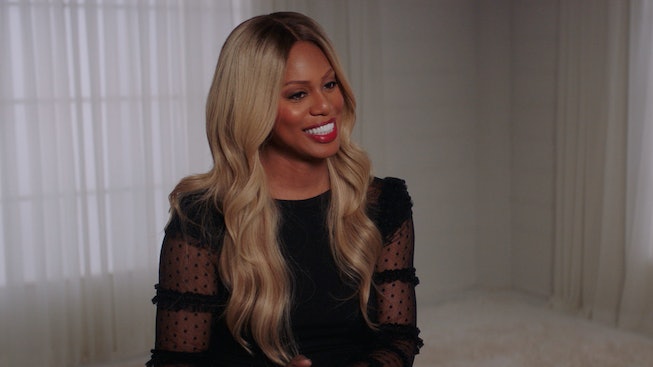 Trans representation matters, but it wasn't too long ago that a statement like this would be met with resistance. Presently, trans men and women are murdered at a disproportionate rate and people with massive platforms spew transphobic comments on a seemingly regular basis. Netflix offers up a history lesson in the power of trans storytelling for its forthcoming documentary, Disclosure, the trailer of which was released on Friday.

Directed by Sam Feder, Disclosure focuses exclusively on the evolution of trans representation across film and television. The journey in trans storytelling — from works like Sean Baker's Tangerine to HBO's Euphoria — was, and still is, a long one filled with dismissive and intrusive behavior. In the trailer, a clip of Oprah Winfrey asking a transgender woman, “How do you hide your penis?” is punctuated with the laughter of a studio audience.

"Disclosure comes out at a moment that both feels familiar and unprecedented as we reckon with the global health crisis and the legacy of settler colonialism and white supremacy we continue to be sickened by the ongoing violence against cis and trans Black people," explained Feder and producer Amy Scholder in a statement. "Many whose names we will never know, and we say those we do know."

Disclosure will be available to stream June 19. For now, watch the trailer below.