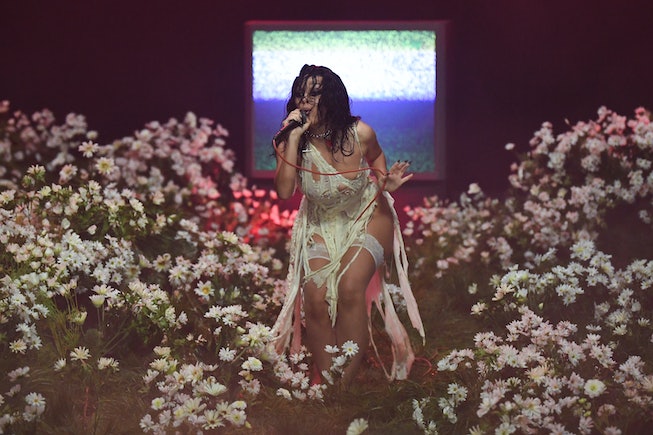 Doja Cat's hit "Say So," boosted to viral heights by a TikTok dance challenge, actually appeared on her debut record, Amala, in addition to her sophomore album Hot Pink. In other words, the breezy, disco-inflected track has been rocking with Doja for a long time, and even she's getting a bit tired of it. So for the MTV European Music Awards — that happened virtually over the weekend — Doja once again performed the song, but this time reimagined it as an early aughts rock ballad, complete with gothic set dressing, choreography, and breathy-turned-belting vocals to match.

Watch Doja's performance of "Say So" below and relive your days shopping in Hot Topic, below: