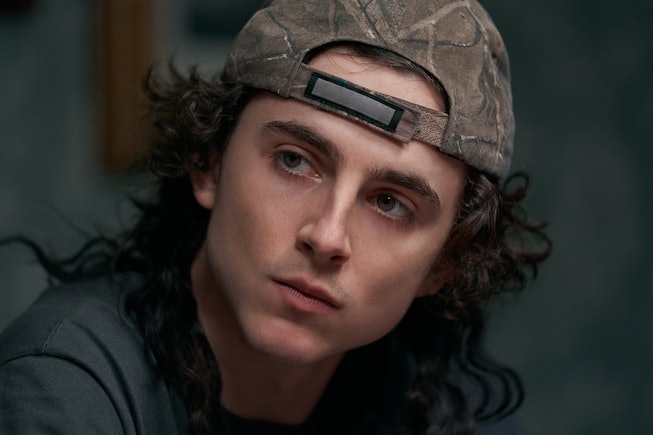 What would you do if the world was going to end? Freak out? Throw a party? Call your mom? Or ignore the news entirely?

Oscar-winning director Adam McKay (Step Brothers, Anchorman) suspects most people would choose the last option. And his new film — the highly-anticipated blockbuster Don’t Look Up, tests that theory. In this not-so-fictional world everyone is aware of the declining planet but too busy to care, so two frazzled scientists take it upon themselves to change humanity’s mind. And with a cast so stacked with recognizable names and faces it brings to mind Oceans 11, there’s a little something for everyone in the lineup.

Here’s everything we know about Don’t Look Up so far.

Sound familiar? Watch the new Don’t Look Up trailer below:

Don’t Look Up is a climate crisis comedy.

Don’t Look Up follows a snarky astrology student (Jennifer Lawrence) and her nervous professor (Leonardo DiCaprio), who discover a deadly comet speeding towards earth. Together, they embark on a chaotic media tour to warn mankind, but in a surprising turn of events, no one’s concerned.

Chaos inevitably ensues as they desperately try to save the universe, or at least, tell everyone to take cover.

The Don’t Look Up cast is filled with blockbuster names.

Don’t Look Up features an impressive cast of celebrities ranging from famous actors to pop-stars. Jennifer Lawrence and Leonardo DiCaprio lead the film as two stressed-out scientists, while Meryl Streep appears as the new, self absorbed, US President, and Jonah Hill plays her clueless son and chief-of-staff. According to McKay, Chris Evans makes a special cameo as well, but his role is still under wraps.

In an interview with Entertainment Weekly, McKay revealed the film was created with Jennifer Lawrence in mind. “I’ve been a giant fan since she first came on the scene and she just straight up makes me laugh. So I wrote this role for her. She was the first actor in,” he said.

He also noted that DiCaprio joined the team quickly, and helped fine-tune his role last year. “We used a lot of time during the pandemic to just go through the script, [and] talk about his character,” he said. “He’s really smart, he really knows movie history, he understands characters, and it was just very enjoyable.”

DiCaprio shared his excitement about the project in this week’s issue of PEOPLE. “I knew when I read his script that it was incredibly unique, as it struck an important chord concerning the modern world we live in,” he said. “Adam has woven an incredibly timely message about society, how we communicate, and our current priorities, and the climate crisis into an absurdly funny yet important movie.”

Don’t Look Up hits theaters and Netflix this winter.

The film hits theaters on December 10th, but Netflix will stream it exclusively starting December 24th.