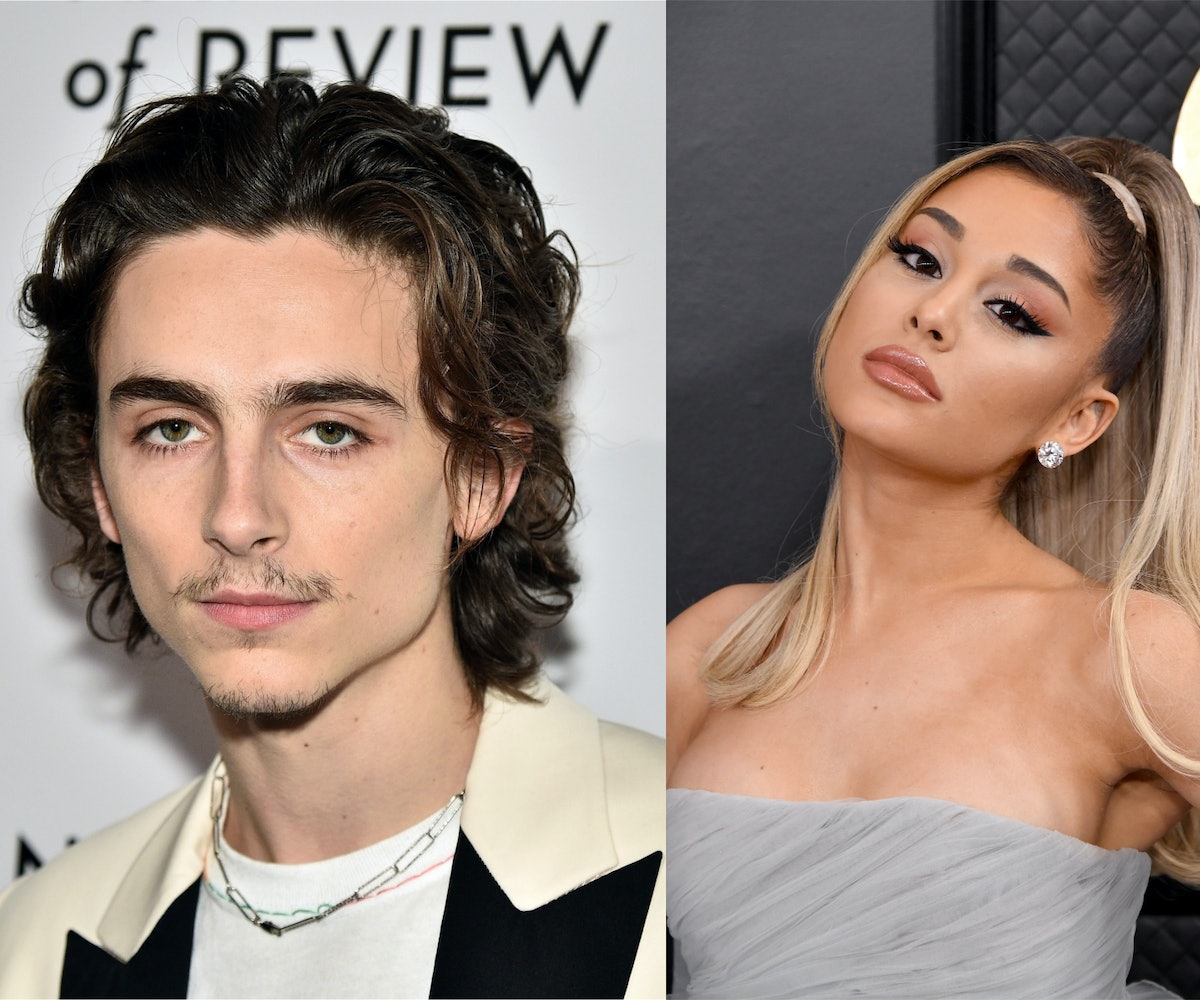 Director Adam McKay is giving the concept of all-star ensemble casts a run for their money. The man behind the era-defining comedies of Step Brothers, Anchorman, and Talladega Nights (along with Oscar bait like The Big Short and Vice) has a new one in the works. Netflix comedy, Don't Look Up, is on the horizon and its insane cast list basically hits every tier of fame possible.

Though its rumored leads, Leonardo DiCaprio and Jennifer Lawrence, hold names that already carry sufficient Hollywood weight, they're not alone on the marquee. DiCaprio and Lawrence will be joined by Oscar nominee and heartthrob du jour Timothée Chalamet, industry titans Meryl Streep and Cate Blanchett, Jonah Hill, Himesh Patel, and Mathew Perry. When we said the cast hits every tier of fame, we weren't kidding — both Kid Cudi and Ariana Grande will also be flexing their acting chops for the film. Cudi is currently starring on Luca Guadagnino's We Are Who We Are while Grande moonlights as a proud theatre nerd in between her little pop star gig.

Per Variety, Don't Look Up will follow two low-level astronomers who embark on a media tour to warn mankind of an impending asteroid that could destroy the planet. Just another day in this hell timeline we call life, I suppose. Although Netflix wouldn't confirm, DiCaprio and Lawerence are rumored to play the worried astronomers.

McKay wrote the script and will also direct Don't Look Up, which is expected to begin shooting before the end of the year, virus-related setbacks willing.