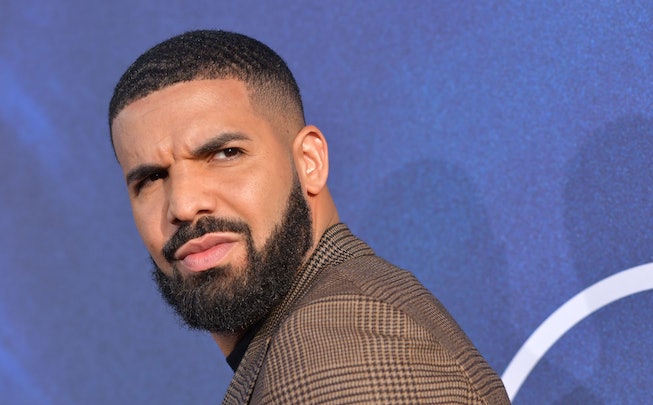 If you've ever felt like you just can't take a hint, take solace in Drake's existence. The Toronto rapper was seen in Barbados earlier this week, where he was spotted playing pickup basketball, partying, and touring cultural sites. For those unaware, Barbados isn't just any tropical Caribbean paradise, it's also Drake's former flame Rihanna's childhood home. Drake's obsession with Rihanna has been long and well-documented — like famously embarrassing her on stage to humiliating himself in Instagram Live comments. Drake may be an international rap star, but he is first and foremost a glutton for punishment, and if history is any inclination, he doesn't seem like he's ready to give up his vices anytime soon.

Local reports noted that Drake landed on the island on Sunday, and that his kitschy private jet was one of the first planes to arrive as Barbados opened itself back up to commercial flights. Drake was clearly eager to vacation and casually hang out in front of Rihanna's childhood home, on a street that is literally called "Rihanna Drive." Is that on anyone's "Obsessed Ex" bingo card?

While the trip primarily seems like another misguided attempt to get Rihanna's attention, it's likely going to end up as fodder for Drake's forthcoming music. He teased a new record, ostensibly titled Chefette, on Instagram, a fast-food chain on Barbados and allegedly the Bajan equivalent to McDonald's. Oh, Aubrey.