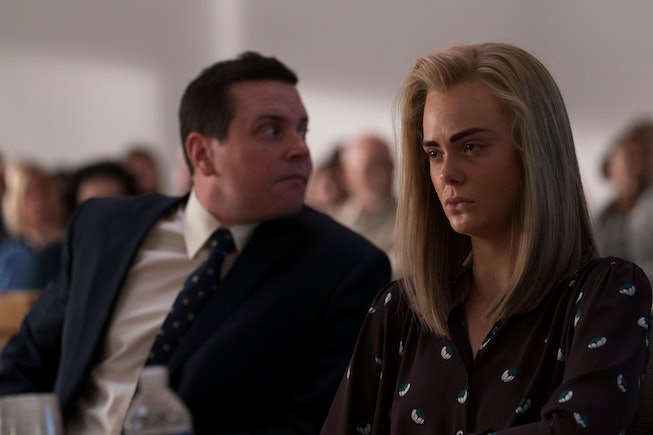 As more ripped-from-the-headlines stories make it to our screens, Hulu has released the first trailer for The Girl From Plainville, starring Elle Fanning as Michelle Carter of the “texting suicide” case.

The series, set to premiere this spring, is adapted from Jesse Barron’s Esquire article of the same name. It will dive into the real-life story of Carter (Elle Fanning), a teen girl who was convicted of involuntary manslaughter in 2017 for encouraging her then-boyfriend, Conrad Roy III (Colton Ryan), to commit suicide. The trial gained national attention, bringing about discussions of technology, free speech, and mental health.

HBO also released a two-part documentary, I Love You, Now Die: The Commonwealth v. Michelle Carter in 2019, and Lifetime made a movie about the case starring Bella Thorne in 2018.

Fanning “did not want this to feel sensational,” showrunner Patrick Macmanus told Entertainment Weekly. “She wanted it to be an honest portrayal of not just these families and what they went through, but from what people are going through in general on a day-to-day basis when it comes to their mental health.”

Here’s everything we know about the series so far:

The first trailer for The Girl From Plainville debuted on March 2nd.

The first trailer shows Fanning transform into Carter. “All he thought about was dying… I really just wanted to help him,” she says.

Watch the first trailer below:

In addition to Fanning and Colton, the cast has been rounded out.

The Girl From Plainville hits Hulu later this month.

The series will debut on the streamer on March 29th.