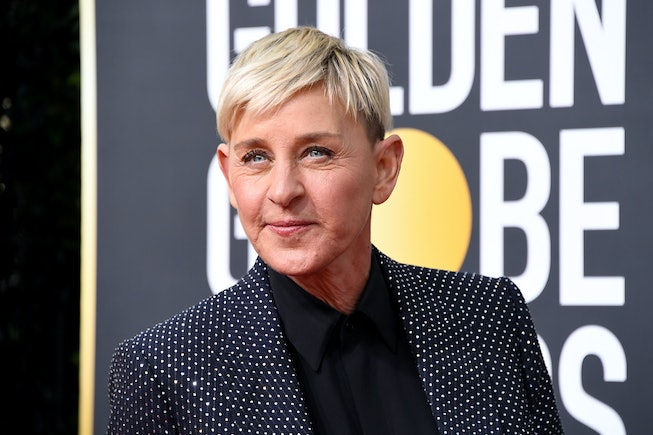 Way back in 2003, when she was still best known as the sitcom star of the long-running Ellen and the much shorter-running The Ellen Show, stand-up comedian and actor Ellen DeGeneres premiered yet another self-titled show — except this one was of the daytime talk variety. The Ellen DeGeneres Show, a multiple Daytime Emmy Award winner, quickly ascended the ranks to become one of the most popular talk shows of its time, and Ellen, as an out and proud lesbian with a “Be Kind” ethos, rose along with it, becoming one of the most powerful voices in Hollywood.

As of today, The Ellen DeGeneres is still going strong in its 18th season, where Ellen has welcomed everyone from Oscar winner Lupita Nyong’o to recent NYLON cover star Machine Gun Kelly on as guests. But next year, when its 19th season comes to a close, so too will the show itself. Yes — after 19 long years, The Ellen DeGeneres Show will take its final bow.

According to reports, the decision to end the popular talk show has been a long time coming. A 2018 profile of the comedian in the New York Times first revealed that she was considering moving on after season 16. At the time, she only wanted to do one more season, but ultimately, she extended her contract for three more years when a one-year extension was rejected by the network due to, as she tells The Hollywood Reporter now, claims that “affiliates and the stations need more of a commitment.”

Yet, even with this in mind, the decision to conclude the talk show now does seem quite opportune, right as DeGeneres has been forced to navigate widespread controversy after BuzzFeed News published an exposé about her history as a rather tyrannical boss to work underneath. On this matter, DeGeneres denies any claims that last year’s controversy impacted her decision. “If I was quitting the show because of that, I wouldn’t have come back this season,” she admitted to THR.

Responding to the controversy and the allegations made against her and members of her team, DeGeneres said, “This culture we’re living is [is one where] no one can make mistakes. And I don’t want to generalize because there are some bad people out there and those people shouldn’t work again but, in general, the culture today is one where you can’t learn and grow, which is, as human beings, what we’re here to do.”

Rather, offering her own assessment about her decision to stop now, DeGeneres told THR, “When you’re a creative person, you constantly need to be challenged...and as great as this show is, and as fun as it is, it’s just not a challenge anymore. I need something new to challenge me.” As for what might be considered adequately challenging, DeGeneres, who recently revamped her standup career and serves as a producer on a number of different series across the television landscape, is eyeing a juicy film role. “Movies for sure,” she told THR about her post-talk show aspirations. “If there were a great role, I’d be able to do that, which I’m not able to do now.”

DeGeneres is set to discuss the upcoming end to her long-running talk show tomorrow when fellow (former) talk show host Oprah Winfrey stops by for a chat. As she’s wont to do, Winfrey will probably get some great answers from DeGeneres about her current controversies and her decision to close the curtain on what has inarguably been a career-defining pursuit for the comedian. But for now, DeGeneres has nothing but good things to say about the series she’s leaving behind.

“This all became bigger than I ever could have dreamed of. I’m not the pretty girl who made it in Hollywood because of the way I looked,” she told THR about the legacy she hopes to leave with The Ellen DeGeneres Show. “I worked from nothing to doing standup to having this career and I’m so proud of this show. It’s the best thing I’ve ever done in my life. And so I’ll miss everything but, in my gut, I know it’s time to do something different.”