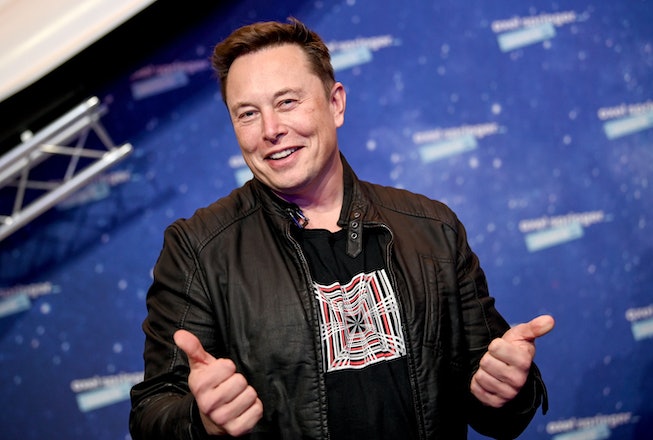 In its 46 seasons, Saturday Night Live has had its fair share of controversial moments, but typically, when it comes to each week’s guest host, the sketch show keeps things pretty mainstream. Aside from being derided for platforming Donald Trump during the 2016 election, there have only been a handful of times when SNL has been overshadowed by its own host.

This Saturday, May 8, is already set to be one of those rare times, as SpaceX and Tesla founder and CEO, Twitter troll, Grimes’ baby daddy, and overall evil billionaire archetype Elon Musk will be taking to 30 Rock’s storied stage as Saturday Night Live’s guest host. With Miley Cyrus as the musical guest to take the edge off, Saturday’s show already has plenty of detractors, from SNL fans to members of the cast itself. Below, the long, controversial road to Musk hosting SNL, explained:

Some of the SNL cast are not happy that Musk is hosting and have publicly criticized the decision on social media.

When Musk’s hosting gig was first announced, some members of the SNL cast hinted on social media that they weren’t pleased with the news. Bowen Yang reportedly posted a sad face on Instagram Stories and then asked, “What the f*ck does this even mean?” in response to Elon tweeting, “Let’s find out just how live Saturday Night Live really is.”

Andrew Dismukes reportedly wrote on his IG Stories, “ONLY CEO I WANT TO DO A SKETCH WITH IS Cher-E Oteri,” and Aidy Bryant shared a tweet from Bernie Sanders, which reads in part, “The 50 wealthiest people in this country own more wealth than some 165 million Americans. That is a moral obscenity.”

Some fans of the show are unhappy with the choice, too, especially given Musk’s downplaying of the risk of the coronavirus, and his initial public refusal to get a COVID vaccine.

The news has served as an opportunity for people to remember some of Musk’s less popular decisions and opinions — and to reconsider the morality of billionaires.

Musk might use his SNL host platform to — what else? — troll.

Elon Musk is a master-level troll, with literally the most wealth hoarded by any one person on this planet (and soon, if all goes according to plan, others) to help him in his trolling. SNL, meanwhile, is supposed to be trolling the trolls — not getting trolled by its own hosts. As Shirley Li at The Atlantic pointed out, the circular problem lies in the fact that, while SNL might feel it needs Musk for ratings, Musk doesn’t actually need SNL for anything — except maybe to stoke his own ego.

Reportedly, not every cast member will have to appear in sketches with Musk.

Cast members who don’t want to appear in sketches with Musk won’t have to. “Speaking historically, if a cast member has been that unhappy, they don’t have to do it,” a source told Page Six. “[‘SNL’ boss Lorne Michaels] won’t ever make them do anything they don’t want to do.”

Not everyone thinks Musk hosting SNL is a bad decision, though.

Michael Che, for instance, told Seth Meyers during an appearance on Late Night that SNL has “an amazing season of guests,” and that includes the Tesla CEO.

“Yeah, you know, that’s gonna be exciting, too,” Che said. “He’s the richest man in the world, how could you not be excited for that?”

Che also posted a screenshot of the news story claiming dissenting cast members won’t have to share the stage with Musk to social media, quipping, “Does this rule mean I won’t be forced to appear next to Colin [Jost] anymore?! #CancelJost.”

Pete Davidson also defended the decision during an appearance on Late Night With Seth Meyers, saying he didn’t understand why people were upset and that he would “a hundred thousand percent” get stoned with Musk.

"People are like, 'I can't believe Elon Musk is hosting,'" Davidson said. "You mean the guy that makes the Earth better and makes cool things and sends people to Mars?" He also said he plans to ask Musk for a Tesla.

No matter what, the casting has likely already served its purpose.

Cynical minds can agree on one thing: a controversial host is a quick way to shore up ratings. Trump’s infamous 2015 gig, for example, may have given a platform to a man running a presidential campaign rooted in racism, but it was also the show’s highest rated episode in years. Only time will tell whether Musk will prove to have been a good gamble for NBC.