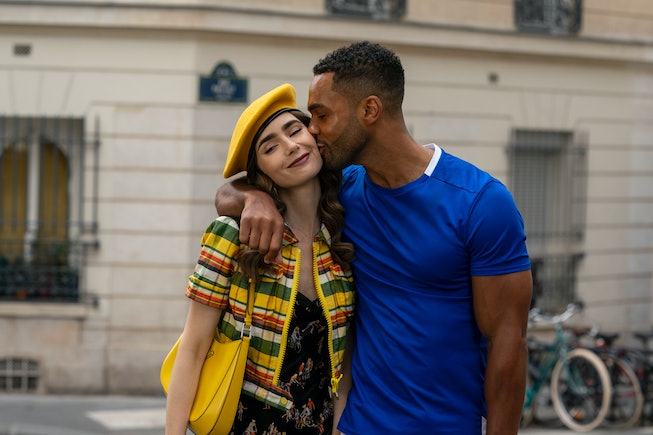 Netflix just announced its hit-series Emily in Paris was renewed for a third and fourth season. The comedy stars Lily Collins as Emily, a young midwesterner who is hired by a French media company to be their new social media manager. As a newcomer to both Paris and the evolving world of advertising, chaos quickly ensues.

In season one, viewers watched Emily struggle to settle in and befriend her stoic coworkers. Over the course of ten episodes, she also falls into a love triangle involving co-stars Lucas Bravo (Gabriel) and Camille Razat (Camille). Season two brought just as much drama, hijinks and fashion as Emily continued her journey.

The newest string of episodes follows her attempt to get fully acclimated with Parisian living. Insistent on learning the language, she joins a French class and meets an intriguing classmate. Meanwhile, her job grows increasingly difficult as she’s handed more responsibility.

Emily In Paris has skyrocketed in popularity since its debut in 2020. The show originally received 58 million views within a month of its premiere. Thanks to the series loyal fanbase, Season Two, which was released on December 22nd, saw even higher viewership. According to Deadline, the show was watched for 107.6 million hours in its first week, landing the show the number two spot on Netflix's Global Top Ten list.

Given its outstanding success, it is no surprise that we’ll be seeing more of Emily in the coming years. Darren Star, the show's creator (and created of Sex and The City and its reboot, And Just Like That), has not released any further information about seasons three and four just yet, but if the show’s swift renewal is any indication, this is just the beginning.