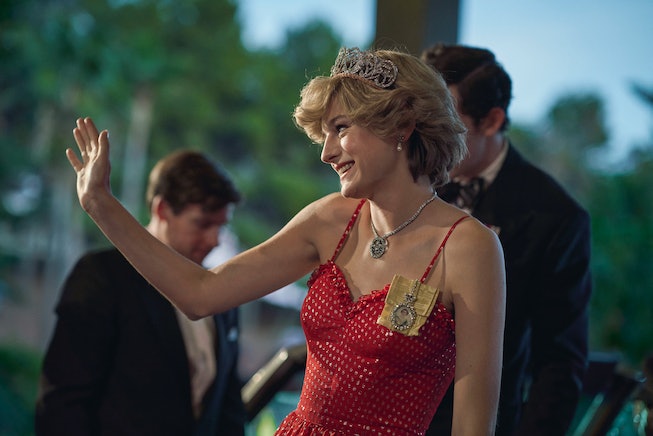 Emma Corrin remembered to thank everyone in her acceptance speech during tonight's Golden Globes — including the person she won an award for playing.

Accepting the award for Best Performance by an Actress in a Television Series, Drama for her portrayal of Princess Diana on Netflix's The Crown, Corrin said via Zoom, "And most of all, thank you so much to Diana. You have taught me compassion and empathy beyond any measure I've ever imagined. On behalf of everyone who remembers you so fondly and passionately in our hearts, thank you."

Corrin also thanked Josh O'Connor, her co-star who would go on to win Best Actor for his portrayal of Prince Charles on seasons three and four of The Crown. It's been a big year for projects about Diana, from The Crown to Netflix's streaming of the 2017 National Geographic doc, Diana: In Her Own Words, and next year, the 25th anniversary of the princess' death, Kristen Stewart will star in a forthcoming biopic about Diana, Stewart.