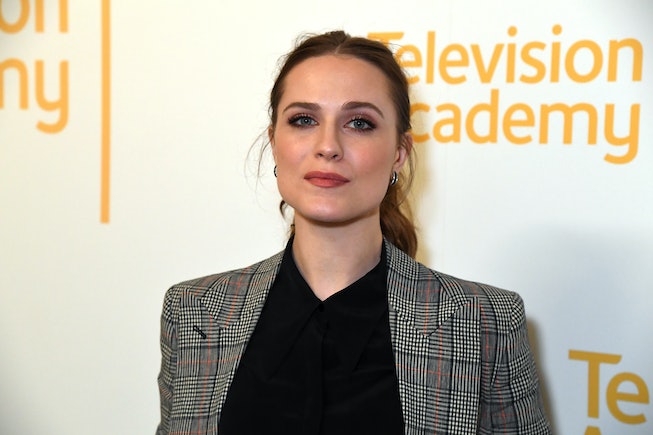 Photo by Jeff Kravitz/FilmMagic for HBO

Evan Rachel Wood seems to have responded to Marilyn Manson’s inclusion on Kanye West’s latest studio album release, Donda. Manson, whom Wood and others have accused of sexual and psychological abuse, is featured alongside DaBaby on “Jail, Pt. 2,” which West’s label reportedly initially blocked from release, and was also present at the Chicago Donda listening event.

In addition to her acting career, Wood has been an outspoken advocate for abuse survivors, even testifying before Congress in 2018 in favor of the Sexual Assault Survivors’ Bill of Rights, and a second time in California in support of a similar bill. In February, she named Manson (legal name Brian Warner) as her abuser. The pair were engaged in 2010 before officially splitting; she's said that she met Warner when she was 18, and he was 36.

In an Instagram post on February 1, Wood wrote: “The name of my abuser is Brian Warner, also known to the world as Marilyn Manson. He started grooming me when I was a teenager and horrifically abused me for years. I was brainwashed and manipulated into submission. I am done living in fear of retaliation, slander, or blackmail. I am here to expose this dangerous man and call out the many industries that have enabled him, before he ruins any more lives. I stand with the many victims who will no longer be silent.”

Warner shared a post the same day, calling the claims by Wood and others “horrible distortions of reality,” and saying that they are “choosing to misrepresent the past.”

On August 28, hours after the official release of Donda, Wood posted an Instagram video of her singing a cover of “You Get What You Give” by the New Radicals at the Bourbon Room in Hollywood. She captioned the post: “For my fellow survivors who got slapped in the face this week. I love you. Don't give up.”

In a post shared to Instagram on Sunday, West wrote, “UNIVERSAL PUT MY ALBUM OUT WITHOUT MY APPROVAL AND THEY BLOCKED JAIL 2 FROM BEING ON THE ALBUM.” The album experienced a protracted rollout, with West camping out in Atlanta’s United stadium after his first listening event to finish tweaking the album. Donda finally hit streaming platforms over the weekend, but apparently not with West’s approval.

On “Jail, Part 2,” DaBaby raps about the recent homophobic remarks he made during his Rolling Loud set, for which he has been roundly criticized and lost business over.