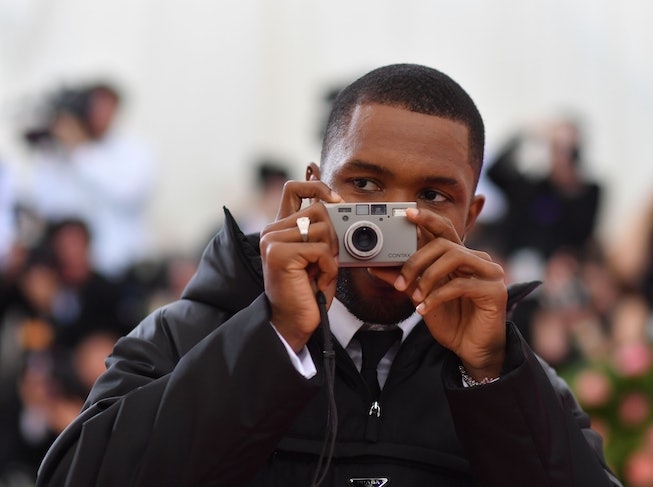 Frank Ocean might have a new project in the works — and it’s not the music you might be hoping for. The Grammy-winning artist is reportedly in talks to create his first feature-length movie with A24 Studios and 2 AM films.

According to an exclusive report from Discussing Film, this project will be Ocean’s directorial debut if it comes to fruition. Though the artist is largely known for his groundbreaking albums — which have landed spots on Rolling Stone’s “500 Greatest Albums of All Time” list — Ocean has also worked on films in the past. He previously collaborated with A24 to write the foreword for their 2016 Oscar-winning feature, Moonlight; three years later, he worked with the indie production company again and crafted the soundtrack to Troy Shult’s film, Waves.

If the rumors are true, this project is 2 AM Films’ latest acquisition. The emerging company is currently tied to A24 Studios as well, and later this year they will release the films Bodies, Bodies, Bodies, and Past Lives.

Ocean's mysterious collaboration with the movie-making duo has not been officially confirmed. However, sources told Discussing Films that the project is being referred to as “Philly” internally. As of right now, the film's plot and casting details are still under wraps. The singer would like to begin filming this fall and have production wrapped by New Year if possible. Sources also revealed that Ocean is interested in filming in New Mexico.

Hopefully, we won’t have to wait too long to see the “Lost” singer's latest masterpiece, but it seems the future of Ocean’s film is dependent on his schedule. He’s currently slated to headline Coachella in 2023, which will be his first live performance since 2017. Preparations for that will begin this year. In the meantime, sources say Ocean’s team is currently in discussion with “various parties” to see if the singer has time to work on the film as well.