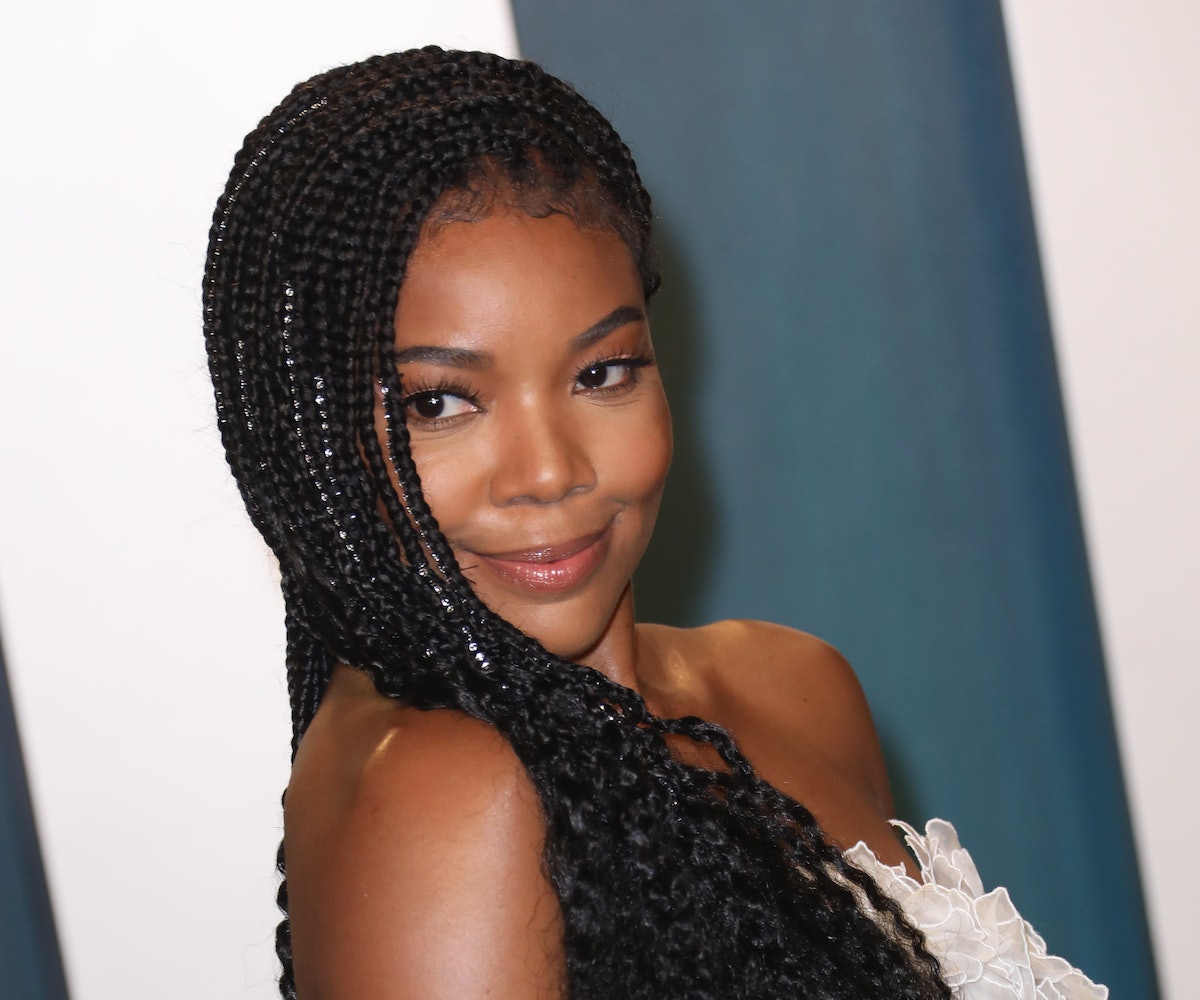 Judging by the exorbitant mounds of money streaming services have been known to throw out for exclusive rights to Friends, it's safe to say that the NBC series still holds a lot of lasting cachet in the wider pop culture conversation. But while many are quick to cite the two-and-a-half-decade-old sitcom as pivotal and influential, others don't hesitate to point out its overwhelming whiteness. Friends' focus on a group of exclusively white protagonists roughing it in New York City has never felt exactly realistic. Which is why, perhaps, actress and outspoken political advocate Gabrielle Union has signed on to host a reading of the seminal sitcom, completely reimagined with an all-Black cast.

With an aim to raise awareness for When We All Vote, a non-partisan voter registration organization, the upcoming reading is set to air Tuesday, September 22nd, from 6:00pm — 7:00p.m. ET. It is part of the ongoing "Zoom Where It Happens" initiative, which "aims to catalyze voters and amplify the fight for voting rights and electoral justice, through culture and entertainment." (Two weeks ago, Lena Waithe and Gina Prince-Bythewod teamed up to lead Tracee Ellis Ross, Regina King, Alfre Woodard, Sanaa Lathan, and Jesse Williams through an all-Black reading of Golden Girls, also hosted by "Zoom Where It Happens")

The forthcoming Friends reading will be directed by TV longstay Salli Richardson-Whitfield, hosted by Bring It On's Gabrielle Union, and will feature This Is Us' Sterling K. Brown, The First Wives Club's Ryan Michelle Bathe, Orange Is the New Black's Uzo Aduba, 911's Aisha Hinds, How to Get Away With Murder's Kendrick Sampson, and Hollywood's Jeremy Pope. There is no word yet on which actors will be portraying which characters.

If you're interested in watching, submit your mandatory RSVP here.