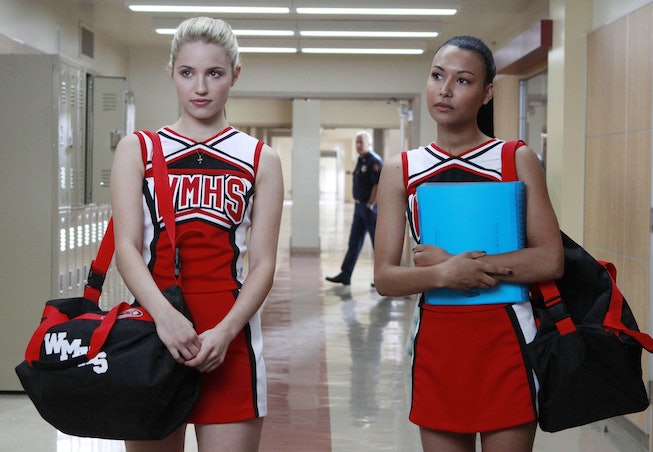 “I will always cherish the chance I got to play Naya's girlfriend,” Demi said. “Her ambitions and accomplishments inspired Latina women all over the world. That's the power of a show like Glee.”

Rivera’s mother also passed along a message to be read, writing of her daughter, “Her desire was to always be an advocate to those who did not have a voice. I don’t believe that she realized how important she was to this world. I am grateful that my eldest daughter helped to change the landscape of how we view and see each other."

The Glee cast is reuniting at the 32nd Annual GLAAD Media Awards to honor the late Naya Rivera, and her character, Santana Lopez’s continued legacy.

Santana started off as Glee’s resident mean girl, but slowly grew as she came to accept her sexuality. She came out in the 2011 episode “I Kissed A Girl” after developing romantic feelings for her best friend, Morris’ Brittany Pierce.

"I want you to know that that was never lost on me," she continued. "It was never lost on Naya. We both knew how special that was. I think she knew a little bit more than I did. I really felt it a lot later with all the messages and all the people reaching out. And I knew the writers also knew that as well. They were basically writing for the fans."

Rivera died in July 2020 in a drowning accident in southern California. She was 33 years old.

The GLAAD Media Awards will air live on GLAAD’s YouTube channel at 8:00 p.m. ET on April 8, and will be available to stream on Hulu starting April 8th at 10 p.m. ET through the end of June.