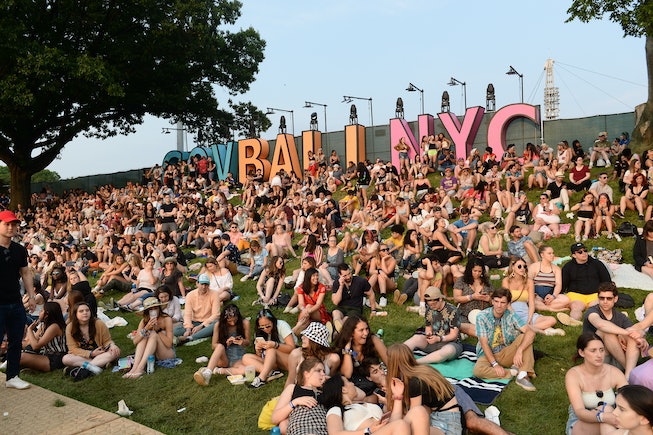 Months after Coachella announced their decision to push the 2021 festival to October, Governors Ball organizers have announced that they will also be moving their upcoming iteration of the festival to the fall. The New York-based festival's organizers revealed on Wednesday that the event will now take place the weekend of September 24-26, citing the time period to be much more realistic and safer for attendees.

"We’ve decided to move the 2021 show to a time of year that is both more realistic and safer for all," organizers wrote in a press release. "And while there are still question marks and unknowns in the World, rest assured that we are working closely with City and State authorities to ensure that the next Gov Ball will be a safe and amazing experience. We'll be back to our regular June dates starting in 2022."

Though organizers for Governors Ball did not previously confirm dates for this year's event, the festival has always taken place sometime during June as their way to informally mark the beginning of summer. There's no word yet on who will be playing this year — the line-up will be revealed in the coming months, a press release states — however the section FAQ on their website notes that the billing will be new and not the one from 2020.

With COVID-19 vaccines now in the process of being rolled out throughout the country, there's been optimism that live shows and concerts should be able to come back by the fall. Dr. Anthony Fauci recently told the New York Times that "if everything goes right," theaters and concerts should be safe to open by fall of 2021. Of course, given everything that's come out about the vaccine roll-out, that's still a big if. Either way, the prospect of getting day-drunk and watching your favorite artist perform with thousands of other people is definitely on the horizon.

Those looking to rollover or get refunds for their Governors Ball tickets can get more information on their website.