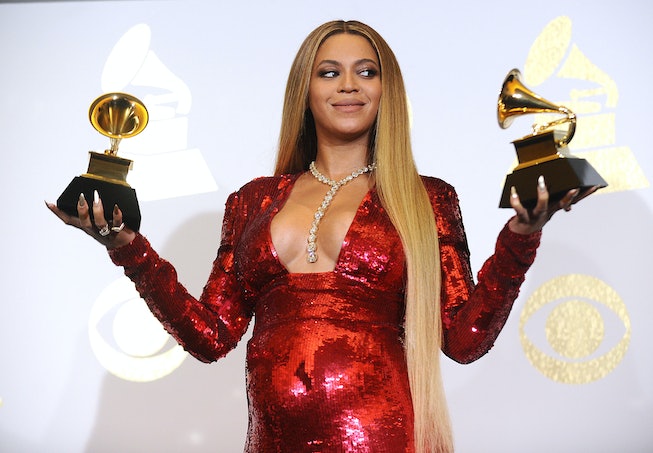 The Recording Academy, the organization responsible for the Grammy Awards, is renaming the "Best Urban Contemporary Album," among a slew of other changes. The category was added in 2012 and has since been the subject of routine criticism; it's now being changed to the title "Best Progressive R&B Album."

“It’s all part of what I hope will be a new chapter in our history," said interim president and CEO Harvey Mason Jr. in a statement to Variety. "We’re listening to and learning from our partners and constituents and stakeholders; we’re trying to make sure we’re able to pivot and change and adapt; and we want to be really inclusive.”

The category was created in 2013 for the 55th Grammy Awards, with Frank Ocean taking home the award for his breakout debut, Channel Orange. Past winners since then include Beyoncé (for Lemonade), Lizzo (Cuz I Love You), and The Weeknd twice (Beauty Behind The Madness, Starboy).

The change is geared to highlight a wider range of albums that include "more progressive elements of R&B," like samples of hip-hop, rap, dance, and electronic music, as well as production elements found in pop, euro-pop, country, rock, folk, and alternative. Mason noted that the rule changes had been in the works for six months — allegedly proposals are turned in by March, they’re discussed [internally at annual board meetings] in May — and that the Recording Academy had been listening and adjusting to criticism.

"It’s something we’ve been discussing for a couple of years, and the term has been a hot button for a while," he explained. "A lot of creators and people in that genre didn’t like that description and felt it pigeonholed certain styles of music, so when our constituents brought that to us in the form of a proposal, we listened and voted to approve, as asked by the people in that community. 'Progressive R&B' gives us a chance to lean more into the modern R&B and hybrid-style recordings and give us a little bit of flexibility in that category."

As noted by Rolling Stone, the word "urban" is not being completely scrubbed from the award show. The Grammys still feature the word “Urban” in other categories — such as in the freshly named Latin-field category “Best Latin Pop Or Urban Album.” Mason noted that the term was accepted in regards to Latin music, but that the organization would follow the conversation and make any necessary adjustments.

Other changes in Recording Academy's announcement include the renaming and redefinition of the “Best Rap/Sung Performance” award, which will now be called “Best Melodic Rap Performance.” The "Best New Artist" category also receive a rule makeover, changing the previous maximum number of 30 releases which prohibited artists from entering the category. "Hip-hop and rap artists put out a lot of content early in their careers, mixtapes and [single songs], and it was making it really hard for them to fall under the 30 [release] threshold," said Mason. "We felt removing it gave us a little more flexibility and to be more inclusive and make sure we’re catching the actual Best New Artist each year."