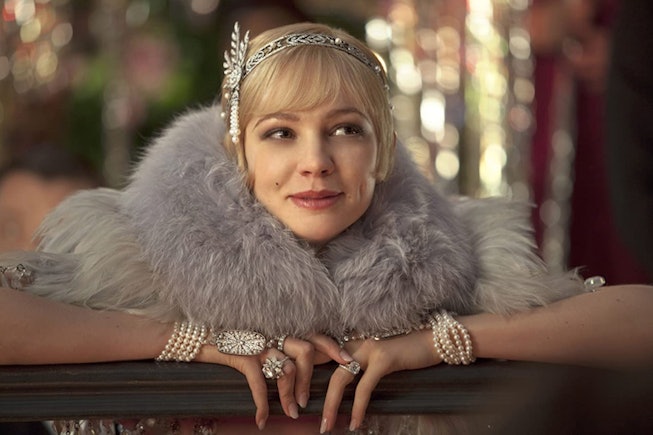 By now you know the drill: Hollywood is in the business of reboots and remakes. All they need is a green light, and considering how rights to the classic American novel The Great Gatsby became public domain effective this year, it was only a matter of time until the highs and lows of Jay Gatsby were freshly adapted for television.

Helming the project is writer Michael Hirst, who will be working with A+E Studios and ITV Studios America to make F. Scott Fitzgerald's tale into a big budget television spectacle. Hirst's Gatsby will explore New York's Black community in the 1920s as well as the musical subculture, per The Hollywood Reporter. The closed-ended miniseries will be a more inclusive reimagining that digs into the characters hidden lives, the American Dream, and the grandiosity of the novel's legacy.

It seems like the project is doing its due-diligence; Fitzgerald's estate is involved through Blake Hazard, a great-granddaughter of Scott and Zelda Fitzgerald and a trustee of the estate, who will serve as a consulting producer. Columbia University's William B. Ransford professor of English and comparative literature and African-American studies Farah Jasmine Griffin will also join Hirst and Hazard as a consultant on the series.

"I have long dreamt of a more diverse, inclusive version of Gatsby that better reflects the America we live in, one that might allow us all to see ourselves in Scott's wildly romantic text," Hazard said. "Michael brings a deep reverence for Scott's work to the project, but also a fearlessness about bringing such an iconic story to life in an accessible and fresh way. I'm delighted to be a part of the project."

Hirst added, "I seem to have lived with Gatsby most of my life, reading it first as a schoolboy, later teaching it at Oxford in the 1970s then re-reading it periodically ever since. Today, as America seeks to reinvent itself once again, is the perfect moment to look with new eyes at this timeless story, to explore its famous and iconic characters through the modern lens of gender, race and sexual orientation. Fitzgerald's profoundly romantic vision does not prevent him examining and exposing the darker underbelly of the American experience, which is why the story speaks to both tragedy and hope, and why it continues to resonate today."