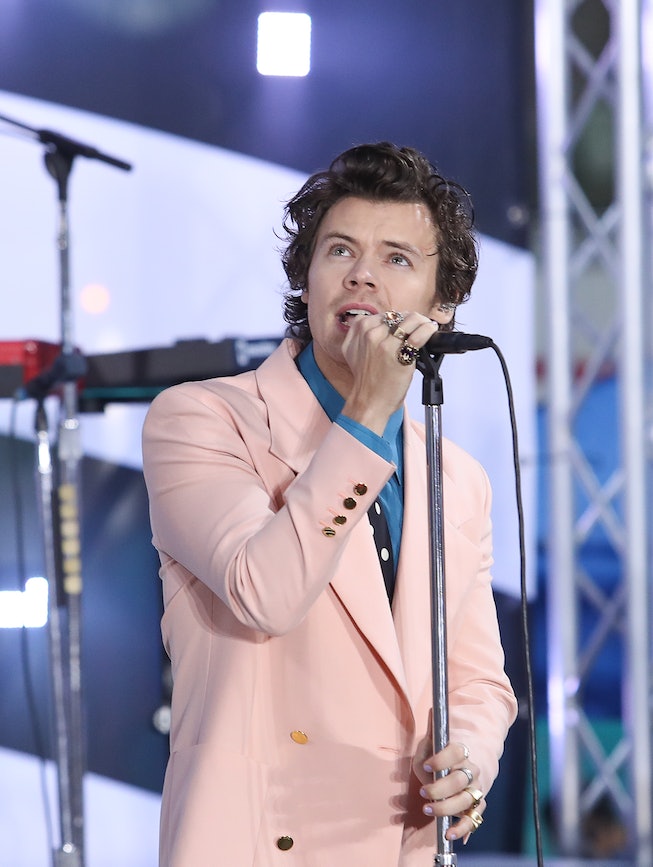 Last year, Lizzo (and her flute) kicked off the 2020 Grammy Awards with a rousing performance of “Truth Hurts” and “Cuz I Love You.” Now, one of her best friends will have the honor to do the same come Sunday.

Harry Styles will open the 63rd Grammy Awards, per Variety. The former One Direction member is one of 24 artists slated to perform that night, including Bad Bunny, Cardi B, Taylor Swift, and more. There’s no word yet on which songs Styles will be performing — there’s a good chance one will be “Watermelon Sugar,” which is up for Best Pop Solo Performance — but Jack Sussman, CBS’ executive VP of specials, music and live events, is promising that his kickoff performance will be one for the books.

For obvious reasons, this year’s award show won’t be taking place in the historic Staples Center, as it has in previous years. Instead, performances will be shot inside the cavernous Los Angeles Convention Center, as well as an outdoor open-air tent in the plaza of L.A. Live, the Grammys’ first-time executive producer Ben Winston told Variety. The format of the show will also be different this year. Instead of one main stage, artists will perform in a circle of five stages, with a masked camera crew in the center, per Rolling Stone. There will be no audience.

While Recording Academy interim President Harvey Mason Jr. said back in September that there would be no pre-recorded segments, Sunday’s show will include some pre-taped performances.

Alongside his Best Pop Solo Performance nomination, Styles is also up for Best Pop Vocal Album for his sophomore project Fine Line, and Best Music Video for “Adore You.”

The 63rd Grammys will take place on Sunday, March 14, and will be hosted by Trevor Noah. The show will begin streaming live on CBS and Paramount+ at 8 p.m. ET / 5 p.m. PT. See the full list of nominees here.