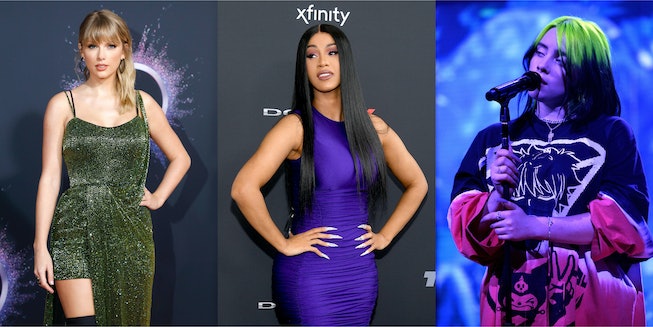 Though the statuses of most annual music festivals are still TBD, the 2021 Grammy Awards have come up with a shockingly good performance lineup to rival even your dreamiest festival schedule. On Sunday, the Recording Academy revealed the full performers list for music's biggest night, and it's the most star-studded list the award show has seen in quite a while.

Alongside Bruno Mars and Anderson .Paak, who will perform their new song “Leave The Door Open,” the Recording Academy announced Tuesday, the show will basically be Coachella, if Coachella also made you sit through the several hours of speeches and institutional fawning — but hey, at this point, we'll take what we can get.

The Grammys revealed they will also use part of the show to pay tribute to the live music sector and independent performance venues, two of the industries hit hardest by the pandemic. From bartenders to box office managers, day-to-day employees from performance venues across the country — like the Troubadour in Los Angeles and the Station Inn in Nashville — will present various categories throughout the night.

With all that in mind, it's still not yet clear what format the 63rd Grammys award show will take — if it will be fully live, or a part-live, part-virtual hybrid show like the recent Golden Globes. Back in June 2020, the Recording Academy's interim president, Harvey Mason Jr., told Variety that the award show producers were exploring three different routes: a traditional live show with an audience, a live show with a limited audience, and a live show with no audience. Later in September, Mason Jr. stressed that no matter what, the show will be live with no pre-recorded segments.

The 63rd Grammy Awards will take place on March 14 and will be hosted by Trevor Noah. It will begin streaming live on CBS and Paramount+ on-demand starting at 8 p.m. ET/ 5 p.m. PT. See the full list of nominees here.

Editors Note: This article was updated on March 10, 2021 to include Bruno Mars and Anderson .Paak’s performance.

This article was originally published on March 8, 2021