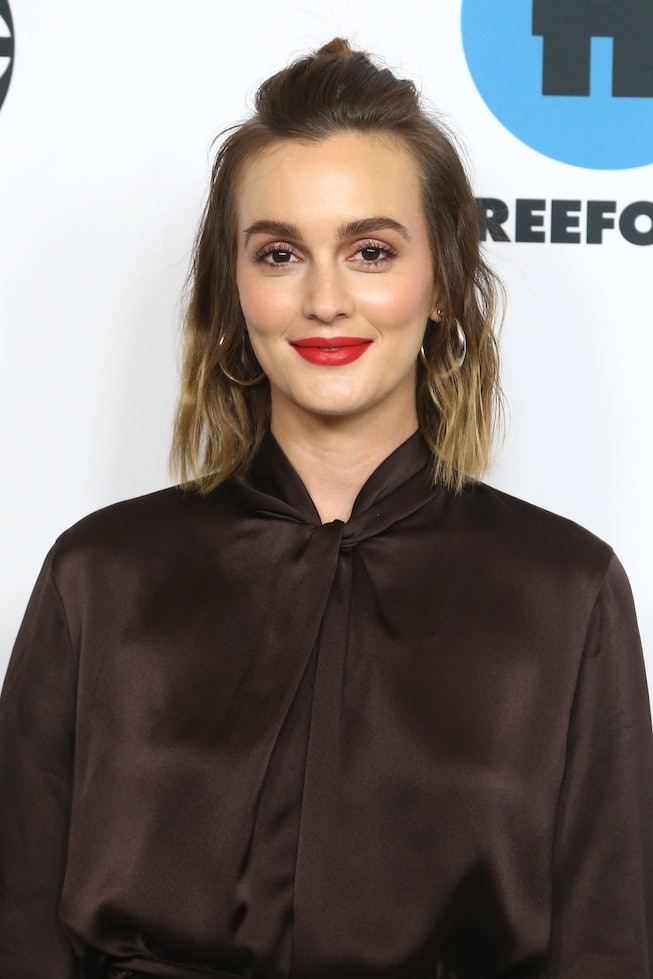 When Hilary Duff’s involvement with the How I Met Your Mother Hulu spinoff, How I Met Your Father, was announced back in April, it helped fill the (cancelled) Lizzie McGuire reboot-shaped hole in our hearts.

The first trailer for HIMYF opened with none other than Kim Cattrall narrating the story. We then flash to the near future in 2022, when Sophie (Duff) is a young woman living and dating in New York City, looking for love despite modern life’s many distractions.

Viewers also might’ve missed Gossip Girl’s Leighton Meester making a cameo in the HIMYF premiere, but she will in fact have a recurring role. Meester plays Meredith, an ex-girlfriend of Chris Lowell. She’ll be in the first season of the sequel series, but further details are so far under wraps.

The story is about Sophie and her close-knit group of friends — Jesse (Chris Lowell), Valentina (Francia Raisa), Charlie (Tom Ainsley), Ellen (Tien Tran) and Sid (Suraj Sharma) — who “are in the midst of figuring out who they are, what they want out of life, and how to fall in love in the age of dating apps and limitless options,” the logline reads.

During the premiere, which aired on Tuesday, musician Jesse tells Hilary Duff’s Sophie that he was rejected by Meredith (Meester), his former bandmate and the only woman he ever loved. There’s a flashback scene of Jesse proposing to Meredith at a show, but Meredith tells Jesse she’s sorry and can’t marry him.

The series comes from This Is Us co-showrunners and Love, Victor co-creators Isaac Aptaker and Elizabeth Berger. The original How I Met Your Mother creators Carter Barys and Craig Thomas will also join as executive producers, according to Variety.

How I Met Your Father’s first two episodes have already premiered on Hulu, with a new one out each week. Watch the official trailer, below: