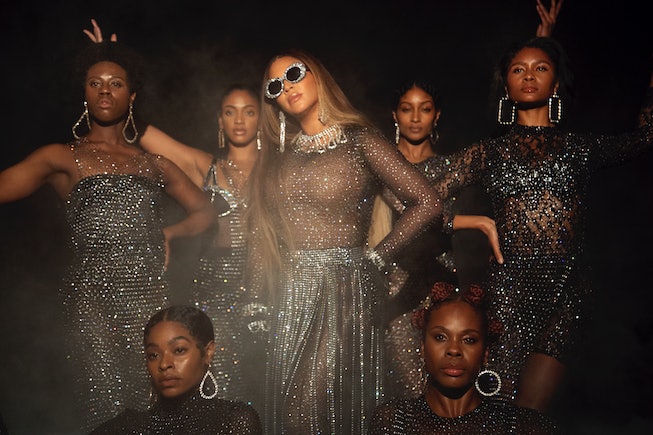 Beyoncé has stayed busy in quarantine — are you even a little bit surprised? The superstar dropped her latest visual album, Black Is King, last night, and it's nothing short of a feast for the eyes, ears and heart.

The 85-minute film is a companion piece to the music ofThe Lion King: The Gift, which was curated by Beyoncé last year for the remake of the Lion King that starred Donald Glover and Bey herself as Nala. According to a press release, Black Is King reimagines the lessons of The Lion King "for today's young kings and queens in search of their own crowns" by telling the story of a young African king on a hero's journey after he is cast out from his home and throne. He receives guidance from his ancestors, father and childhood love along the way, with "Black voices of today" helping tell the visually rich story that, true to everything Beyoncé does, "celebrate[s] Black resilience and culture."

Black Is King was features mouth-watering fashion and a host of celebrity cameos, not least of which include Bey's own family. Naomi Campbell, Lupita Nyong'o, Kelly Rowland and Pharrell Williams also all make appearances. The film is now streaming on Disney+, which is currently available for $6.99/month.

For a more specific regional breakdown and when and how to stream Black Is King, see below: