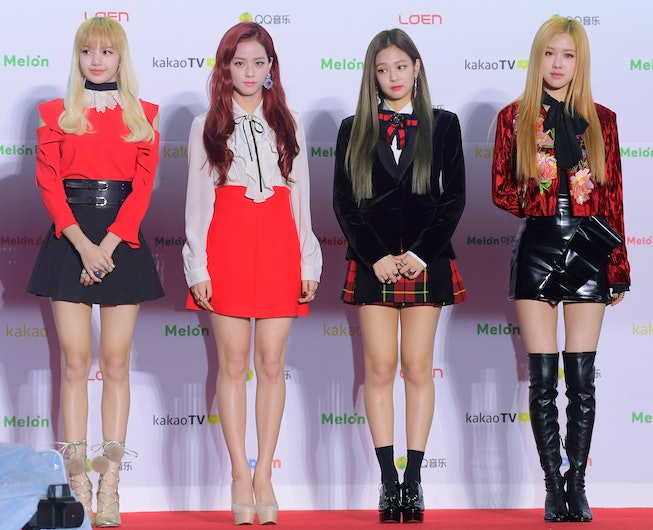 Photo by The Chosunilbo JNS/Imazins via Getty Images

We may still have to wait to experience the sweaty bliss of a packed live concert again, but that doesn't mean you can't enjoy a live performance from BLACKPINK. The group has announced a livestream concert, inviting all of their fans first with a teaser appropriately titled THE INVITATION — and the livestream will be called THE SHOW.

The event will kick off YG Entertainment's new digital concert platform, YG Palm Stage. In a clip released on Thursday, lead BLACKPINK vocalist Jisso said, “We’re happy to announce that we will be hosting our first-ever livestream concert, THE SHOW.” The group's resident rapper Lisa added, “I’m so excited to enjoy the stage with all of you BLINKs after such a long time."

The concert will stream exclusively on BLACKPINK's YouTube channel, requiring fans to sign up for either a Standard (approximately $32 USD) or Plus (approximately $43 USD) membership, which can be purchased up to an hour before the event begins. THE SHOW is scheduled to take place on December 27 at 2 p.m. KST (12 a.m. EST).

To get your BLACKPINK fix before then, revisit Netflix's Caroline Suh-directed documentary, BLACKPINK: Light Up The Sky, which gives an unguarded look at the group and their lives.