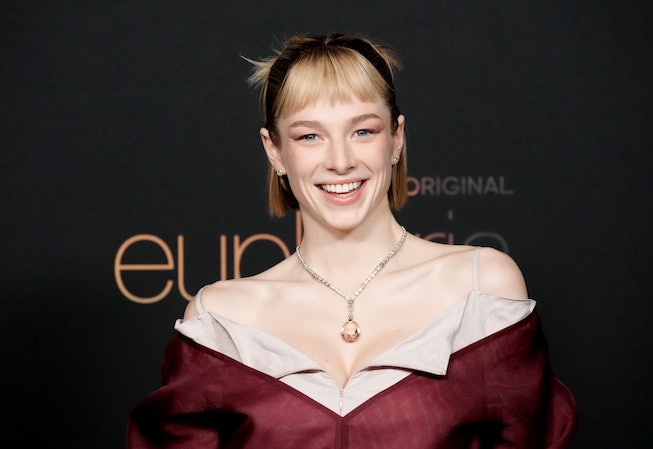 Hunter Schafer and Lorde just gave us the collaboration we didn’t know we needed. The creative duo was featured in the latest installment of A24’s podcast, where they spoke about their careers, favorite designers, and a burgeoning wish to see trans love represented in film.

The episode, titled “Divine Frequency with Hunter Schafer,” was released on Thursday, January 20th. In it, Schafer spoke about the special energy queer creators bring to a project. “I feel like there’s specific frequencies in trans girls, in particular,” the Euphoria actress said. “I can see it in the style, there’s an aesthetic and a sound. And I think that’s something that I really want to keep trying to portray properly as I keep getting into directing and producing and writing, and all that stuff. Because it’s delicious.”

Schafer then expressed her desire to work on larger-scale movies with queer talent. “And yeah I want to see it, but with budget, like CGI budget,” she said. “Like good CGI budget, just like a Marvel level CGI yumminess that it deserves.”

As they continued to chat, Lorde quipped that someone should finance the film. “It sounds so divine,” she added, before Schafer explained her dream project. “And then maybe, I mean, I really just want to see a trans girl love story too,” she said. “Like two trans girls, just that’s not a thing really in movies.”

While Schafer continues her path as a Hollywood-starlet, Lorde is preparing for her first tour since 2018. The Solar Power Tour, named after her latest album, kicks off in Australia on March 19th and ends in New Zealand on March 4th of 2022.

With a busy year of performances waiting ahead, the two took a moment to chat about their favorite television and film projects of the year. Lorde’s vote went to HBO’s succession, while Schafer opted to discuss the A24 movie First Reformed. Head over to the A24 website to listen to the rest of their discussion.