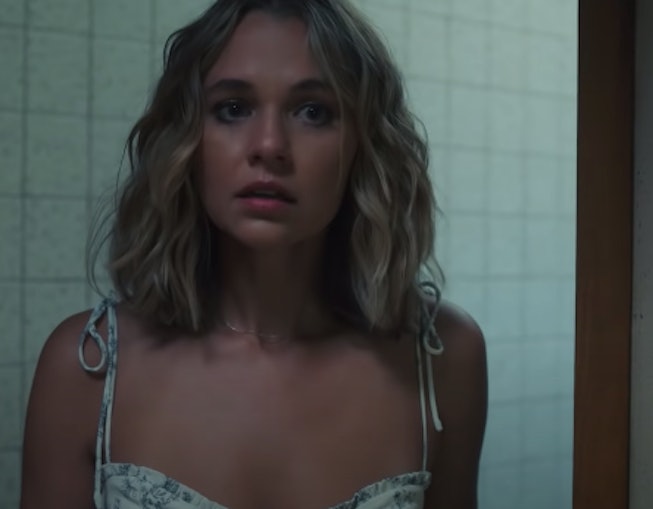 I Know What You Did Last Summer — the classic 90s teenage slasher franchise — is back for a new installment. Amazon obtained the film rights in 2019, then developed it into an eight episode series that appears to be quite the nail-biter. Horror movie alum James Wan (director of Insidious, Malignant, The Conjuring, and Saw) is directing the reboot for the streamer.

Wan’s version closely follows the original, but with a Gen-Z approved flair. The series trailer, which was released today, shows a group of teenagers driving around to Olivia Rodrigo’s “Brutal” before they hit a stranger. Stunned by the gravity of their mistake, they toss the body and attempt to return to their normal lives. But just like the cast before them, it's not as easy as they think.

The original film was directed by Jim Gillespie and adapted from a Louis Duncan novel of the same name. It similarly follows a group of friends who are hunted down by a mysterious, hook-handed killer one year after committing a fatal hit-and-run. Jennifer Love Hewitt, who stars as Julie in the film, famously receives a letter that reading, “I know what you did last summer.” And, as expected, it's all downhill from there.

Wan’s iteration makes everyone a suspect. His cast of characters — including Hollywood newcomers: Madison Iserman, Brianna Tju, Ezekiel Goodman, Ashley Moore, Sebastian Amoruso, Fiona Rene, and Brooke Bloom — are particularly volatile and untrustworthy. One of them is likely the killer, but who?

As Iserman says in the trailer, “You are all the worst people I know.” Her chilling sentiment is followed by a voice that claims, “I don’t think any of us know what we’re really capable of.” Meanwhile flashes of knives, gore, and terrified teenagers flash across the screen as a title card reads, “Everyone is guilty.”

The mystery begins on October 15th, when the first four episodes drop on Amazon Prime. As much as we’d love to binge the entire series, the streamer is going old school. Following the show's premiere, new episodes will be released on a weekly basis until the season finale on November 12th.