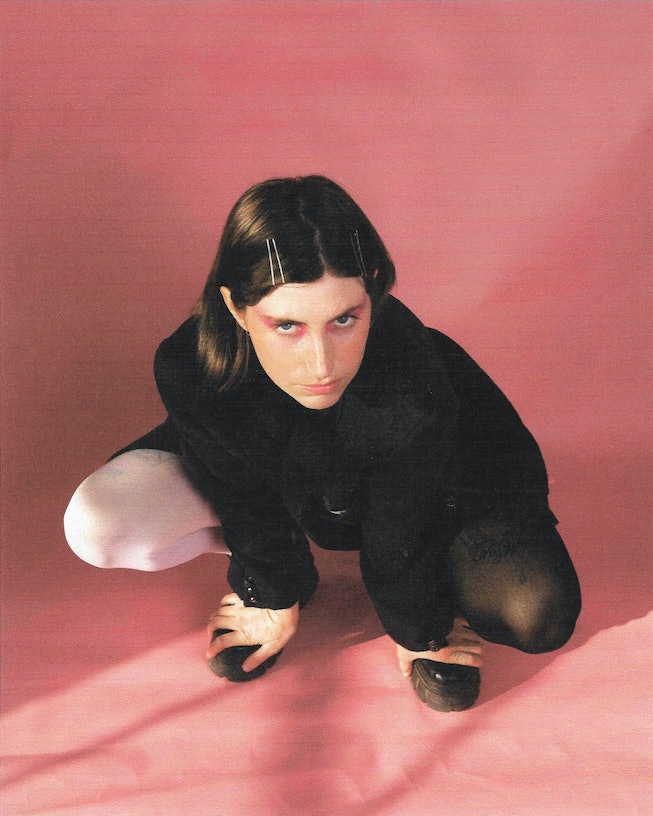 Back in March, Los Angeles-based singer-songwriter Jilian Medford released her third album as IAN SWEET, a shimmering noise-pop record written around a time when a series of severe panic attacks landed her in a two-month intensive outpatient program. Across 10 stormy tracks, Show Me How You Disappear probes the aftermath of that traumatic time unflinchingly as she navigates the subsequent healing and moving forward without losing sight of the transcendent beauty that recovery can hold. It’s a moving body of work that feels especially resonant now as the world slowly begins to catch up to the trauma of the past year.

On Friday, Sweet releases a new short film to accompany the album, because “I haven’t been able to perform this record in a live setting or with an audience present which has been so hard for me,” she wrote in an email. Instead, we can watch as she decamps at a rundown motel to perform a selection of its tracks — “Dumb Driver,” “Get Better,” “Power,” and its electrifying closer, “I See Everything”; it’s the closest we’re gonna get to the catharsis of thrashing alongside her in person.

Director Lucy Sandler wanted the film to bring the songs to life, “to tie the visuals to grunge, struggle, solitude, escape, but in a way that dissolves the way we traditionally relate to familiar spaces, allowing Ian to bring raw performance to a narrative landscape,” Sandler wrote in a press release. They succeed — after watching Sweet dive headfirst into the motel’s blue pool water, it feels like a part of me’s been cleansed.

Watch the film below, and read on for an interview with Sweet about how the film came together, her quarantine knitting hobby, and what she’s most looking forward to when she can tour again.

Why did you choose this motel for the film — does the place hold any special meaning for you?

The motel represents a transient feeling. An escape from where I'm supposed to be. Isolated and lonely as hell. When I was writing most of the songs I was feeling so far from centered, so far from home, running away from the past while also trying to heal from it (which felt impossible). I tried to embody that with the location and the moodiness of it all.

How did it feel to perform these songs in the open, albeit not for a live audience?

I had so many close friends work on this video with me so it felt very nice to at least perform these songs for them while we were shooting. It was emotional too. I had only been playing these songs on live streams or alone in my house. so to actually have people I love and trust nearby to perform for was really special.

The moment you jump into the pool feels like such a release; what was the thought process and logistics around shooting that scene?

Well, the pool was freezing cold. FREEZING. I had tested it out and dipped my feet in before shooting and had to do jumping jacks and run around the parking lot to hype myself up for getting in there. I was shivering shivering shivering and then when we started rolling I just had to turn it on and act like all was chill. There was a scuba camera man in there with me hyping me up as well. Everyone was so supportive in those moments. The music was blasting on speakers and when the chorus hit for power I just forgot about how cold it was and jumped in. I tried to be as in the moment as possible and just give that moment my everything.

I read you got really into knitting during lockdown; anything new you've been working on?

I did! Knitting is so zen. I feel like I totally black out when I'm knitting and just go to another dimension then boom two hours later I've finished a whole hat. I've been making lots of hats. I started by looking up an "elf hat tutorial" on youtube and it all just sorta spiraled from there!

What are you most looking forward to when you can play shows again?

Everything. Playing live is so healing. I feel like my most authentic self when I perform. I miss the audience, I miss connecting with people after the shows. I miss jumping around and moving my body. I can't wait to do it again!