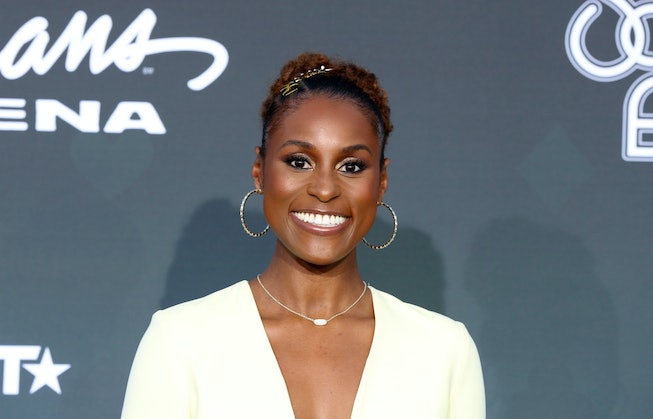 Issa Rae and HBO have cemented their partnership for another half-decade. The multi-hyphenate celebrity just inked an eight-figure, five-year overall deal with the streaming platform, Variety reports.

The contract brings her Hoorae media label in partnership with WarnerMedia, and extends Rae’s original 2016 deal she signed with HBO before launching the award-winning hit show Insecure on the streaming platform. The new deal gives HBO, HBO Max, and Warner Bros. television exclusive rights to Rae’s work in TV, in addition to a first-look film deal.

“It’s really exciting to have that flexibility and just deepen the relationship that we already have,” Rae told Variety for a March cover feature. “Hoorae already had at least 15 projects in various stages of development with them, so we’d been working with them on the drama side, the unscripted side, and the documentaries side for a couple years now.”

She added: “When people believe in you and build with you, I tend to want to further that relationship. That’s just been a staple of mine with so many of the people that I work with.”

Variety’s sources estimate the deal is valued at $40 million over five years; her peers like Donald Glover have inked similar deals at places like Amazon.

HBO and HBO Max Chief Content Officer Casey Bloys told Variety about the impact Rae has had on business.

“She’s obviously very talented and she’s very prolific,” he said. “It’s been very good to work with Issa personally, but also as a company, because she’s seeded a lot of talent elsewhere.”

Bloys added that Insecure has impacted HBO’s audience, bringing in more viewers due to the show’s younger and more diverse cast and creative. He’s noticed that Insecure is one of the first shows new HBO Max subscribers first watch when they get the service.

“It’s an indicator of passion,” he said. “Insecure always scores very high when it’s on and I think that says a lot about the fan base, that she’s telling a story that a lot of people want to hear.”

Rae is currently filming the fifth and final season of Insecure, in addition to executive producing the second season of Robin Thede’s A Black Lady Sketch Show. She’s got a number of other upcoming projects in the works, including the hip-hop comedy Rap Sh*t, which she’s working on with The City Girls.