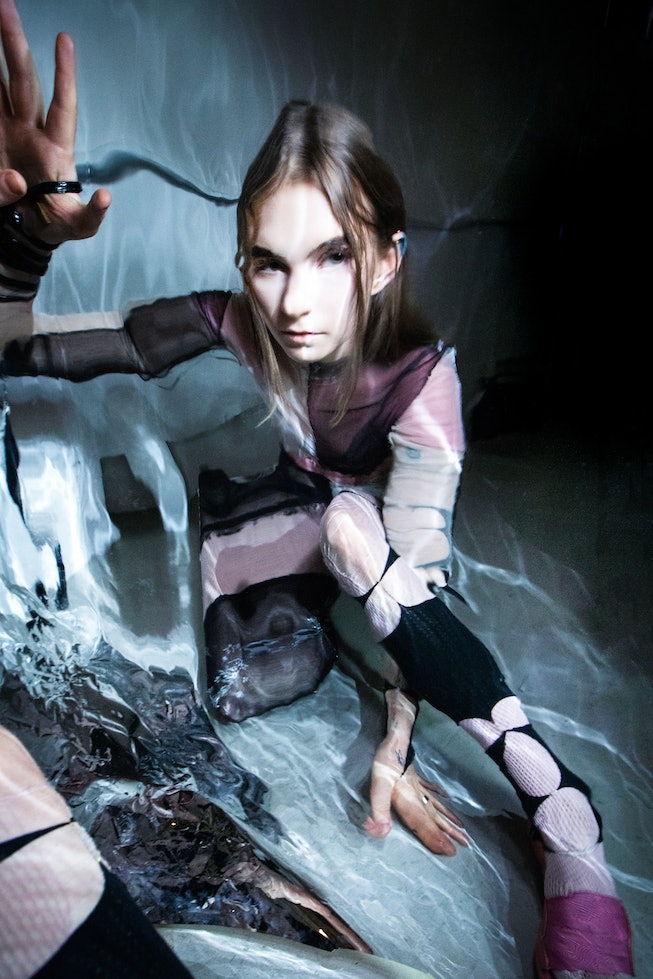 James K is a New York-based experimental and multi-disciplinary artist who runs in the same circle of artists as Mykki Blanco and Yves Tumor. Her songs often sound like surreal electronic daydreams, a haze of synth with a thread of warped instrumentals or ghostly vocals throughout. “Stretch Deep,” her track which was featured on experimental label PAN’s cult-favorite collaborative album Mono No Aware from 2017, features a spectral saxophone, playing a tune through a wall of ominous synth fog.

Now, K is gearing up to release a new EP called 036 on U.K. label AD 93. It’s her first project since her 2016 debut album Pet, and she exclusively shares its opening track, “Open,” on NYLON on Tuesday. Using a brief collage of guitar played by Tumor during a casual jam session, the song is a technical experiment into the elasticity of sound as she stretches Tumor’s strums into thin, sinewy strands through the magic of a modular synth. Therapeutically, its two-minute runtime is akin to a stimulating, sonic mind massage.

“I recorded this track back in the fall of 2017,” writes K in an email. “[Yves and I] were both living in Berlin at the time. I had a studio in the back of the record shop Staalplaat. [Yves] had crashed there and left their guitar. They came through my studio, and we were jamming, working on a more straightforward song with guitar and vocals, and I put the guitar parts through my modular synth to warp the sound. I later edited parts from those experiments into this track.”