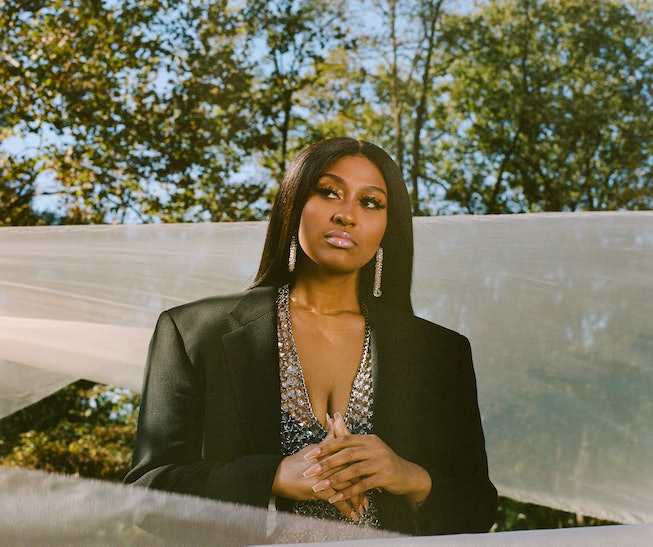 It’s been a year since Jazmine Sullivan released her acclaimed 2021 mixtape Heaux Tales, a 14-track project that included a mix of spoken word interludes and songs that dug into the reality of dating and love as Black women that landed on NYLON’s list of our favorite albums of the year.

Now, Sullivan is back to share more heaux tales with the impending release of its deluxe version, Heaux Tales, Mo’ Tales: The Deluxe, out this February via RCA Records.

The project’s new expanded version will feature 10 new tracks, including an interlude from Issa Rae and one from a man’s perspective. New songs like “Tragic,” “Roster,” and “BPM” also make the track list, bringing the project to a whopping 24 songs. That’s a lot of heartbreak and toxicity we’ll happily sit through.

The deluxe version arrives at a pivotal time for Sullivan as she gears up for her 2022 Heaux Tales tour, and campaigns for the 2022 Grammy awards. Sullivan is up for a smattering of awards this year, with nominations in Best R&B Album, Best R&B Performance, and Best R&B song for “Pick Up Your Feelings.”

Speaking to NYLON about the collaborative nature of Heaux Tales in a 2021 interview, Sullivan said: “A lot of the things that I've gone through and gotten through in my life, I owe it to the women that have surrounded me. Just having a group of great women around you makes you better.”

Soon, you too will be able to hear what exactly those women have to say. Read for everything we know about Heaux Tales, Mo’ Tales.

Heaux Tales, Mo’ Tales: The Deluxe will be released on Friday, February 11, 2022 via RCA Records.

In addition to the original’s 14 tracks, the deluxe will include 10 new tracks, presumably a mix of spoken “tale” interludes and songs. See the full track list below.

Who’s featured on the deluxe album?

Unlike the original project, the deluxe version doesn’t appear to have any obvious features on the songs. Notably, however, it does seem to include a new interlude from Issa Rae (“Issa’s Tale”), as well as one from a man’s perspective (“A Breaux’s Tale”). It’s worth trying to guess who else could be behind the other tales: “Mona’s Tale,” “Shanti’s Tale,” and “Jazzy’s Tale.”

While this isn’t exactly a conventional feature, U.S. Congresswoman Maxine Waters’ voice and her infamous quote about “reclaiming my time.” will be featured on the slow song “Tragic.”