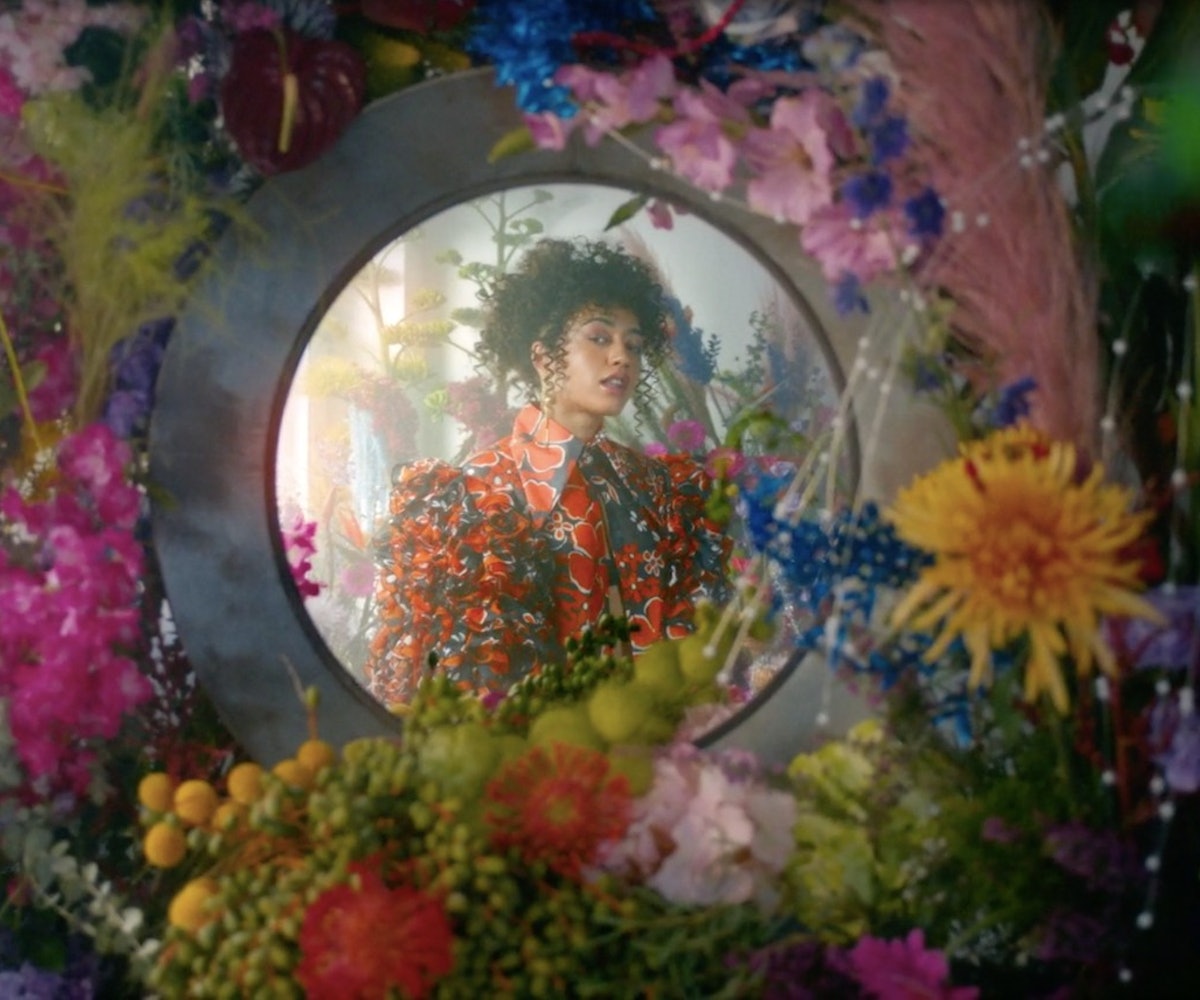 Back in March 2020, a Los Angeles artist named Jenevieve quietly released a song called “Baby Powder” into the world. A cushiony, effortless swirl of funky R&B that hinged on her honeyed voice as she squared up with a past lover, the song was her second official release, and quickly took off online. On YouTube, sitting at over 11 million views, “Baby Powder” has fielded thousands of comments praising her buttery vocals and its dreamy vibes. Personally, my interests were also peaked; who was this mysterious voice with such a fully-formed, dazzling sound?

While we still don’t know much about the young star, here’s some good news for the Jenevieve hive: the 23-year-old artist has finally released a long-awaited new single called “Eternal,” the lush music video of which she is premiering exclusively on NYLON below.

Like “Baby Powder,” “Eternal” was produced by her songwriting partner Jean Benz, and is a roving, nighttime-feeling bop that captures the same easy magic as her previous singles. This time, while singing about pinning down a potential partner, her vocals are filtered through a wobbly distortion, adding another dreamlike layer to the track. Its accompanying video is just as alluring; she croons from a room filled with flowers and from the top of a deserted Los Angeles skyscraper, dancing amid the city’s glittering skyline. Claiming her inevitable throne, we presume.

“It was almost as if the song always existed,” Jenevieve writes of “Eternal” in an email. “When Jean and I work together we lose track of time and things just fall into place. This was one of those beautiful moments.”

Watch “Eternal” below, and read on to learn a bit more about the rising R&B phenom.

I'm currently in my room listening to mixes and putting the final touches on the music. I've been very focused on finishing up my debut album, which I'm very excited to share with the world.

What was the idea behind its music video?

When the director, David Camarena, showed me the treatment I fell in love. It was challenging shooting this video during the pandemic but the eerie nature in Los Angeles really helped show the feelings hidden in the song.

We are huge fans of your song "Baby Powder." Were you surprised by how far the song has traveled since its release?

Thank you so much! I'm so grateful for how many fans I was able to reach with that song and yes, I was very surprised because I make music from a very secluded place and to see a song of mine reach that many people was quite the experience for me. I can't wait to share more with the world.

I like to go to the dog park with my puppy Mojo. I'm very low key so I just like to find peace in my surroundings. I enjoy thrifting, dancing, hanging with friends, and going to the beach. I'm looking forward to going to theme parks and museums as they reopen.