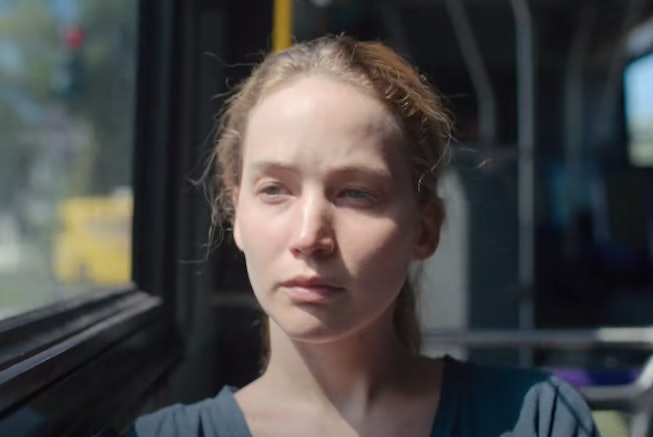 Jennifer Lawrence is starring in A24’s latest arrival, a psychological drama called Causeway. The upcoming film will be released this fall in theaters and on Apple TV+.

A24 — the indie production company known for Moonlight, X, and their most recent hit Bodies, Bodies, Bodies — announced the new project today with a surprise trailer. The sneak peek, though vague, hints at an emotional homecoming. Per the synopsis, Causeway follows Lynsey (Lawrence), a U.S soldier who experiences a brain injury while stationed in Afghanistan. She’s then forced to travel home to her mother, where she struggles to acclimate in their quiet hometown all while awaiting redeployment.

Causeway is the official selection of the Toronto Film Festival, which called the movie “a character study, a tale of friendship, and an intimate portrait of a great American city.” Lawrence stars alongside Brian Tyree Henry (Atlanta) in the film, who appears to play a new friend and guiding force in Lynsey’s life. In the first clip of the trailer, he cautiously asks, “Hey, you good?” before a supercut of Lynsey's ordinary, yet seemingly taxing, life flashes across the screen. Later he offers simple yet profound advice, saying, “If it gets dark, you just ride it.”

Causeway was directed by Lila Neugebauer and written by Ottessa Moshfegh, Luke Goebel, and Elizabeth Sanders. Moshfegh previously penned the hit novel My Year of Rest and Relaxation, which became a New York Times bestseller. Causeway is Lawrence’s first big project since starring in Don’t Look Up last fall. Meanwhile, Henry was last seen in Bullet Train which premiered this summer.

The film premieres in theaters on November 4th and will be available to stream on Apple TV+. Until then, check out the trailer below.