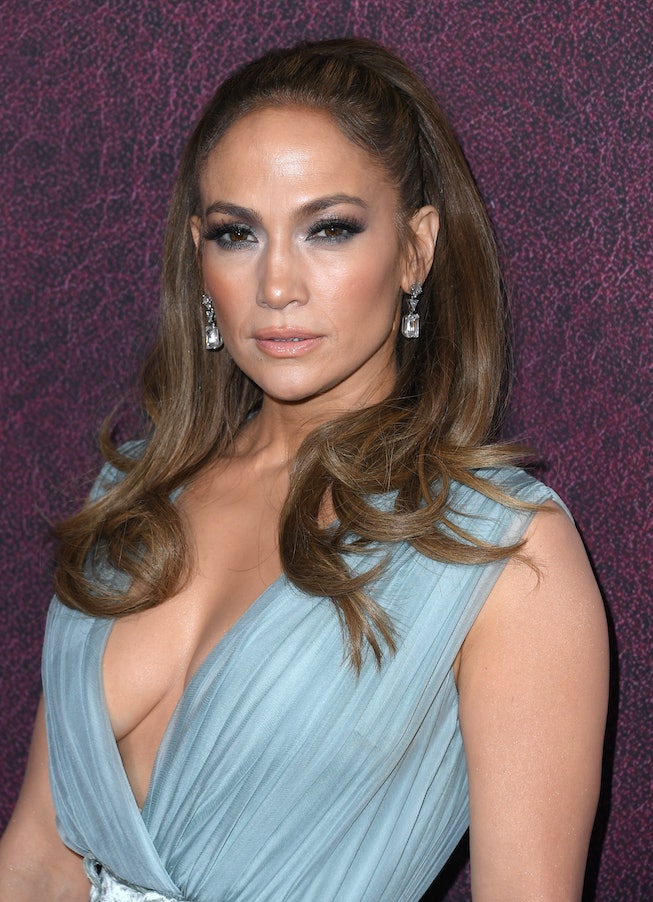 Jennifer Lopez’s 2020 Super Bowl performance will likely go down as one of the best in history. The high-energy set, which featured the “Lets Get Loud” singer performing alongside Shakira, has culminated over 230 million views on Youtube since we first saw it two years ago. This summer we can relive the fun — and see what happened behind the scenes — in the new documentary, Halftime.

Keep reading for everything we know about the documentary:

The trailer for Halftime includes a cameo from Ben Affleck.

Though the film largely focuses on the “Jenny From The Block” singer's Superbowl performance, it also tracks her expansive career, love life, and struggle to be respected as a woman in Hollywood.

One clip pulls an archived interview where a reporter asks Lopez, “How do you feel about your butt?” To which she responds, “You did not just ask me that.” Later, Lopez’s fiancé Ben Affleck appears to reflect on her perpetual mistreatment. “I said to her once, ‘Doesn’t this bother you?’ and she said, ‘I expected this.”

While the trailer flips back and forth between Lopez’s plight as a young singer to her career as a seasoned performer, she shares a message about perseverance. “My whole life I’ve been battling, to be heard, to be seen, to be taken seriously,” she says. “I really feel like my life is just beginning.”

The upcoming film will open the Tribeca film festival on June 8, in Washington Heights, New York. Shortly after its premiere, fans will be able to watch the film on Netflix. The streamer will release the documentary a week later on June 14.

Halftime will track Lopez's career and the events leading up to her infamous performance. The fifteen-minute show featured a mix of songs from both her and Shakira, a pole dance homage to Lopez's role in Hustlers, a catchy dance break that inspired a viral TikTok trend, and a powerful routine referencing the border crisis in which Lopez’s daughter sang in cages alongside other children.

Robert De Niro, the Tribeca Film Festival co-founder, applauded the film’s many layers in a press statement. “Powerful storytelling – whether in music, film, or games — encourages us to fight for universal values that bind humanity together,” he said. “Halftime, featuring Jennifer Lopez, reminds us of that.”

The Tribeca Film Festival released a statement celebrating the film as well as they prepare for its premiere. “The documentary focuses on an international superstar who has inspired people for decades with her perseverance, creative brilliance, and cultural contributions,” they wrote. “Halftime serves as the kickoff to the second half of Lopez’s life, as she lays bare her evolution as a Latina, a mother, and an artist, taking agency in her career and using her voice for a greater purpose.”

Lopez took to Instagram to celebrate the announcement of the film on Wednesday, April 13th. The singer posted the movie's cover art — a dramatic close-up of her profile — and wrote, “It’s just the beginning. Halftime, a @Netflix documentary about Jennifer Lopez.”

Halftime will be available to stream on Netflix on June 14. In the meantime, relive J.Lo’s 2020 Super Bowl halftime show below.