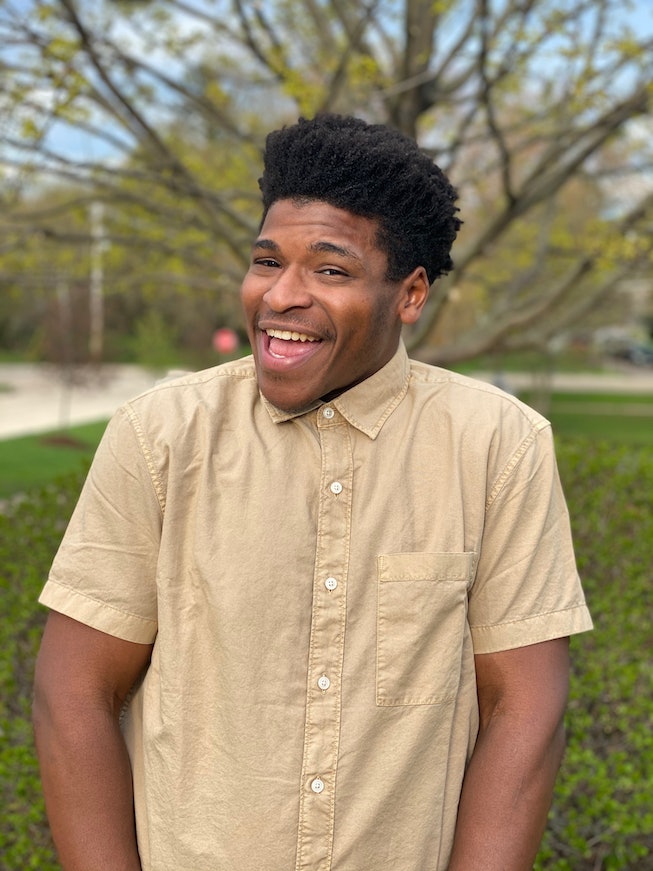 As a major rite of passage for teens leaving high school and entering the "real world," prom is a night to remember — even if you have a terrible time. For the countless students whose proms have been canceled due to COVID-19, American Eagle is stepping in to host a virtual evening of fun, hosted by Cheer's fan favorite star and mat talk expert, Jerry Harris.

The prom will take place on Zoom and Instagram Live tonight, May 14 at 8pm EST, and will feature a special performance by Tinashe (in addition to a TikTok dance tutorial from Addison Rae Easterling herself). The event is also an opportunity to help others — American Eagle has partnered with America’s Food Fund, a nonprofit co-founded by Leonardo DiCaprio, which helps ensure people have access to food. Prom attendees who donate to the organization will have their gifts matched, up to $100,000, by AE.

NYLON caught up with Harris ahead of the event to learn more about why prom still matters, even under quarantine, and how he's staying positive during challenging times.

How is your quarantine going?!

Jerry Harris: Well, I feel just like everybody else. Everyone's going stir crazy. But I'm trying to make the best of it. I've really been spending a lot of time with my family playing games, just bonding. I've been learning how to cook, because that's really a skill that I really want to learn and master as best as I can as I get older. I've been doing a lot of TikTok dances, because what else is there to do? I've been going live on my Instagram frequently just to interact with a lot of my fans and just talk to them. And recently I donated to a food bank, because they're not getting as many donations as they would normally get. So I recently did that, just because I was on a call a couple weeks ago, and a friend was talking about how he knows what food insecurity is, and what it means to him. So I was like, "Okay, let me get out there and try to help as many people as I can during this time."

How did you end up signing on to host and MC virtual prom?

Making a good situation out of a bad one.

Did you go to your own prom?

I did! I actually went. It was in 2017, and my most memorable moment from it is probably after I got done eating and I realized that nobody was doing anything, I was like, "Okay, well this is prom. Nobody's dancing or anything." So I got up, grabbed one of my girlfriends, my date, and we got up and we started dancing, and we technically started the prom and everyone dancing. So I was very excited that we got up and we started the trend, so everybody else would dance.

Obviously you really inspired the world with your signature 'mat talk.' Do you have any words for, especially young people, who could use a little encouragement right now?

Last question. What's your dream prom song to dance to?

Honestly, my dream song to dance to now is Mas(k)ot by Todrick Hall, because I'm featured in it.

Amazing. You definitely have to play that at the prom.

Yes. They better play it every prom. It has to be on the list.

Sign up for a spot at #AExME Prom here.

NEXT UP
Beauty
It Looks Like Grimes’ Body Modification Journey Has Begun
Beauty
TikTok Wants You To Wear Mascara Anywhere But On Your Lashes
Life
Rachael Finley Never Got A Guide To Life, So She Wrote Her Own
Beauty
7 Black Nail Ideas To Suit Every (Dark) Mood