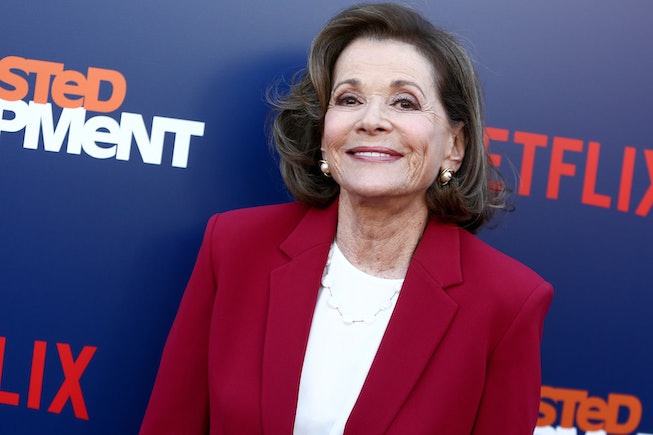 Award-winning actress Jessica Walter passed away in her sleep at home in New York City at the age of 80 on Wednesday, March 24, Deadline reports.

Walter’s career spanned five decades, and included everything from a breakout role in Clint Eastwood’s directorial debut, to Emmy-nominated turns turns on Trapper John M..D. and Streets of San Francisco. Walter served as 2nd National Vice President of the Screen Actors Guild, and was an elected member of the SAG Board of Directors for over a decade. Walter also voiced Malory Archer on FXX’s animated series, Archer.

At least among younger generations, Walter is probably best known for her role as boozy matriarch Lucille Bluth on Arrested Development, for which she also earned an Emmy nomination (Outstanding Supporting Actress) and two SAG nominations.

“It is with a heavy heart that I confirm the passing of my beloved mom Jessica,” Walter’s daughter, Brooke Bowman, said in a statement. “A working actor for over six decades, her greatest pleasure was bringing joy to others through her storytelling both on screen and off. While her legacy will live on through her body of work, she will also be remembered by many for her wit, class and overall joie de vivre.”

Fans of Walter are sharing their tributes on social media:

NEXT UP
Culture
The Madonna Biopic Is Being Scrapped
Culture
Kaia Gerber Won’t Stop Until She’s Cast As Patti Smith In A Biopic
Culture
The 2023 Oscar Nominations Full List Is Here
A Night Out
A Night Out With Rachel Bilson
Style + Culture, delivered straight to your inbox.