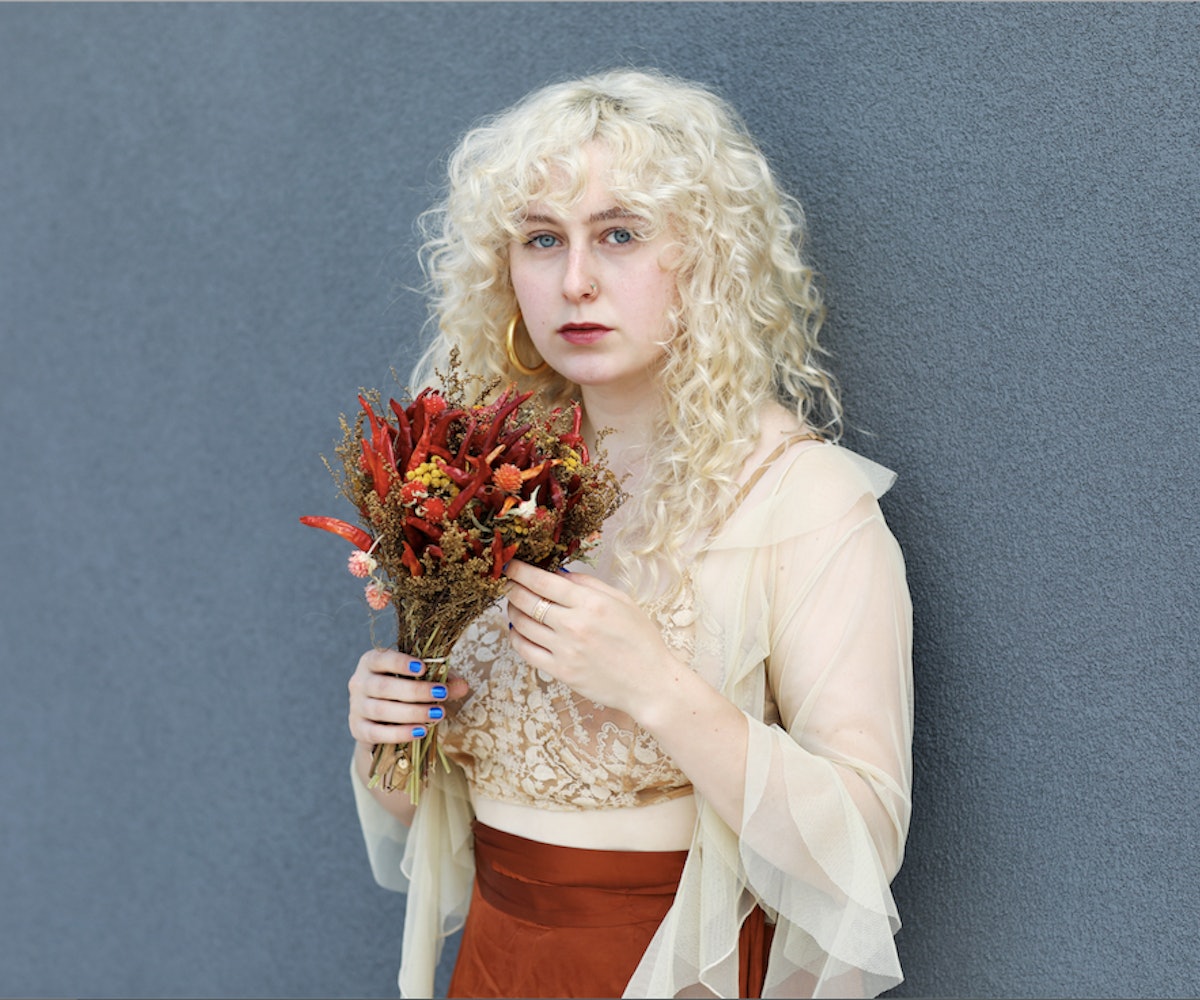 Juliet Quick's delicate folk feels transported from another era. On the Brooklyn musician's latest song, "The Tooth," which she's premieres exclusively on NYLON, she sings with crystal clear control over a rich ornament of stringed instruments that skip and weep and wholly enchant. In some past time, one could imagine her performing it outdoors, with a traveling band ringed around her. The song's lyrics, however, are decidedly less whimsical and more chilling. On it, she solemnly replays the details of a night when her boundaries were crossed, as a man left her "a totem of blood and spit." Her singing grows hushed on the second verse as she recalls the one detail she can't forget: "his tooth on the nightstand, there it sits."

"The Tooth" is off Quick's upcoming EP Glass Years, out March 5 via Substitute Scene Records. It follows her previous singles "Circles" and "No Future," equally stirring tunes about the aimlessness of depression and climate anxiety, respectively. Over email, Quick explains that "The Tooth" is a song that slowly grew into maturation over years of playing it live with her band — honestly, not too far off from our initial imagining.

"This song was, in some ways, the most collaborative and organically arranged one on the EP," she writes. "I played it live with the band for years before recording it, and the arrangement came together slowly over time. I think (or hope) it sounds a little like that in the recording—like all of us playing in a room together—because the song relies so much on the energy that comes from all of us feeding off each other. It’s a song about a shitty thing that happened, but it became one of the most fun to play because of the people I make music with."