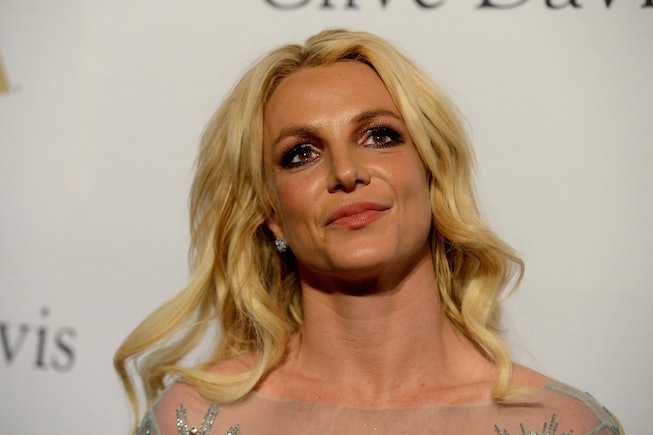 Yesterday, Britney Spears spoke to a judge about her experience living under a conservatorship for the past 13 years, and her message was loud and clear — she wants out. Now, several celebrities, including Spear’s ex Justin Timberlake, have reacted to the bombshell conservatorship hearing.

A conservatorship is a legal action that appoints a “guardian” to manage the affairs and daily life of a person deemed unable to do so themselves. As explained in the New York Times documentary Framing Britney Spears, Spears’ father, Jamie Parnell Spears, was assigned as her guardian in 2008. However, many suspected that he abused that role, and his daughter’s horrifying testimony has confirmed the public's fears.

Spears shared details about performing while sick, being denied permission to remove her IUD, not having control over her home or finances, battling depression, being denied legal representation, and persistent gaslighting. Since then, celebrities have spoken out in support of Spears and the #FreeBritney movement.

Here’s what’s been said so far:

Cher explained that she’s trying to get in touch with Spears and tweeted, “I have written so many angry, over the top tweets, but they have changed nothing. I will try to call. Might not get through...but I will try. #freebritney”

Spears’ ex, Justin Timberlake, chimed in and said, “After what we saw today, we should all be supporting Britney at this time. Regardless of our past, good and bad, and no matter how long ago it was… what’s happening to her is just not right. No woman should ever be restricted from making decisions about her own body. No one should EVER be held against their will… or ever have to ask permission to access everything they’ve worked so hard for."

Singer Rina Sawayana tweeted that she was “so fucking shocked and sad at the full extent and facets of the abuse.” She added, “We love you SO much Britney I hope the people who did this to u get what they deserve. Our angel #FreeBritney”

Brandy shared a similar sentiment and tweeted, “Sending all my love to Britney Spears and her fans,” followed by another post that said “#freebritney.”

Khloe Kardashian offered her support as well, tweeting, “No one should be treated like this. Stay strong Queen!! You deserve better."

Meanwhile, designer Vera Wang expressed that she had “No words,” followed with “#FreeBritney.”

Missy Elliott wrote that she is praying for the pop star, writing on Twitter, “I pray that you get CONTROL over your life again and find PEACE and regain STRENGTH with all that you have endured Britney just know that YOU ARE LOVED Prayers up”

Britney’s boyfriend Sam Ashagari has not joined the Twitter discourse, but he did post an Instagram story of himself wearing a shirt that read “Free Britney” in large letters.

NEXT UP
Culture
A Britney Spears-Inspired Musical Is Coming To Broadway
Entertainment
Taylor Swift Swept The 2022 American Music Awards
It Girl
Jessica Henwick Is A Franchise Favorite For A Reason
Entertainment
Caroline Polachek Announces Album ‘Desire, I Want To Turn Into You’