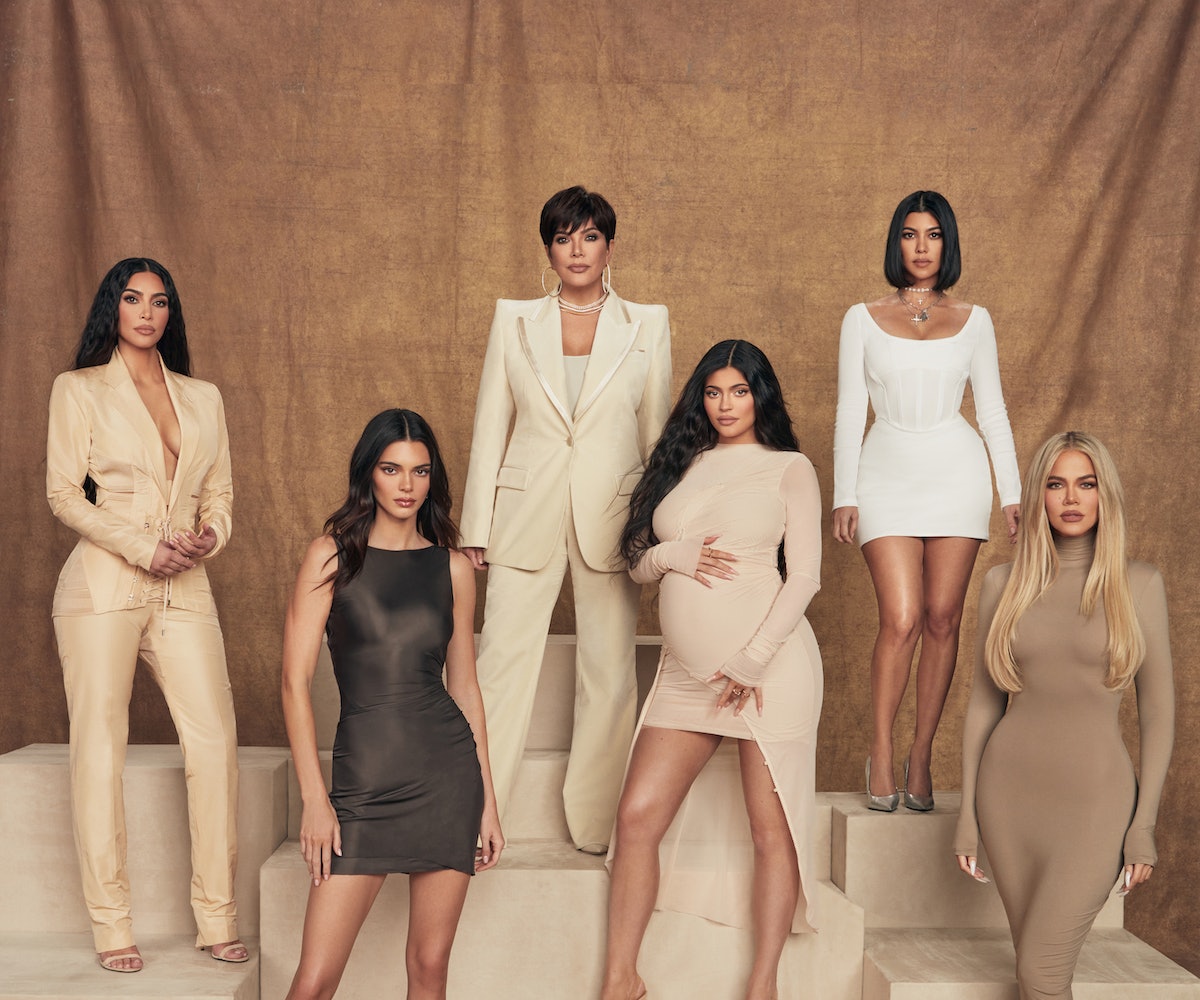 Kim’s crying face, “You’re doing amazing, sweetie,” and Kourtney’s monotone retort about people that are dying is just a tiny fraction of the memes that spurred from 14 years and 20 seasons of Keeping Up With The Kardashians. The reality show and its stars — mainly Kris Jenner and her daughters Kourtney, Kim, Khloe, Kendall, and Kylie — have provided an endless supply of gifs, reactions, and always-applicable sound bites for our social feeds and group chats. So what’s likely to go viral when their new show, now titled The Kardashians, debuts on Hulu on April 14? According to the family, it’s often the most unassuming interaction that suddenly takes the internet by storm.

“It’s going to be the simplest thing from us,” Kylie tells NYLON during a special event at their go-to Malibu spot, Nobu, to promote the upcoming series.

“I feel like you honestly never know what’s going to be the meme moment,” adds Kourtney. Case in point: A family dinner in Palm Springs when Kylie broke out into song and Kourtney’s memorable quote about… bread. “I still watch that [scene] and I’m like, how is this so iconic? Why? What’s so special about this? It’s funny but we don’t know.”

But Kylie had a feeling her impromptu performance was bound to become a meme — a catchy follow-up to her Stormi-inspired “Rise and Shine” song-turned-meme. “I knew it was going to be,” she quickly replies. “Really?! In the moment?” asks Kendall. “In the moment,” says Kylie. “Even if you were mad at me, it still felt like, ‘Yeah, this one’s gonna be a meme.’” (ICYMI: The “Trouble In Palm Springs” episode ends with a massive blowout between the two youngest sisters.)

Her in-the-moment inkling was right. The now-viral jingle, aptly titled “Wasted,” became a popular sound on TikTok when the show’s episode originally aired in 2020, with celebrities like Bella Hadid, Lizzo, Sophie Turner, and Joe Jonas, reenacting the famous scene. Kylie herself eventually got in on the trend, too.

The Kardashians debuts on Hulu on Thursday, April 14.

NEXT UP
Culture
Phoebe Dynevor Will Not Return for Bridgerton Season 3
A Night Out
A Night Out With Rachel Bilson
Culture
6 Shows To Binge Once You've Finished 'The White Lotus'
Culture
Netflix Is Seriously Cracking Down On Sharing Passwords
Style + Culture, delivered straight to your inbox.