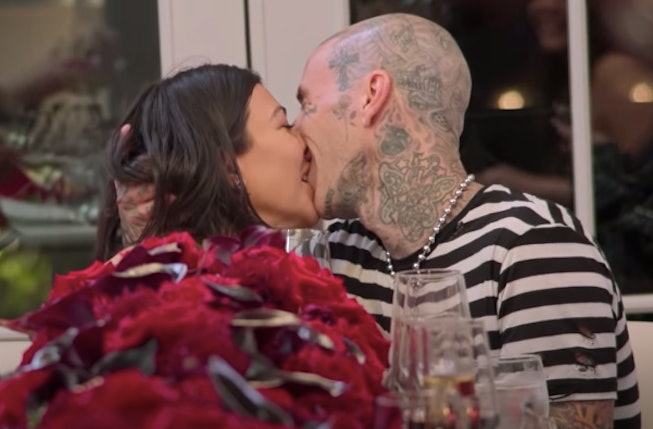 It wasn’t long after Keeping Up With The Kardashians ended in June 2021 after 20 seasons on E! that the famous family was teasing their return to reality-style television. Now, in a landmark, rumored nine-figure deal, the Kardashians have landed at Hulu for a docuseries on their lives. In the first trailer for the series, which debuts on Hulu in April, the cameras return to document the lives on Kim, Kourtney, Khloé, Kendall, Kylie, Kris and the many men in their orbit.

Like KUTWK, the trailer for The Kardashians shows that the new series will touch on headline-making moments in the sisters’ lives, including Kim and Pete Davidson’s romance, Kylie Jenner’s second pregnancy, Kanye and Kim’s divorce, Khloé’s continued turbulent relationship with Tristan Thompson, and Kourtney and Travis Barker’s engagement. On that last point, Kourtney and Travis also make waves in the trailer for their decision to try and have a baby together, including exploring IVF. (Kourtney has three children with ex-boyfriend Scott Disick, and Travis has two with ex-wife Shanna Moakler.)

In the trailer, the couple visit a doctor and prepare to give a sample for presumably an IVF treatment. Watch below, and tune into Hulu for The Kardashians on April 14th: