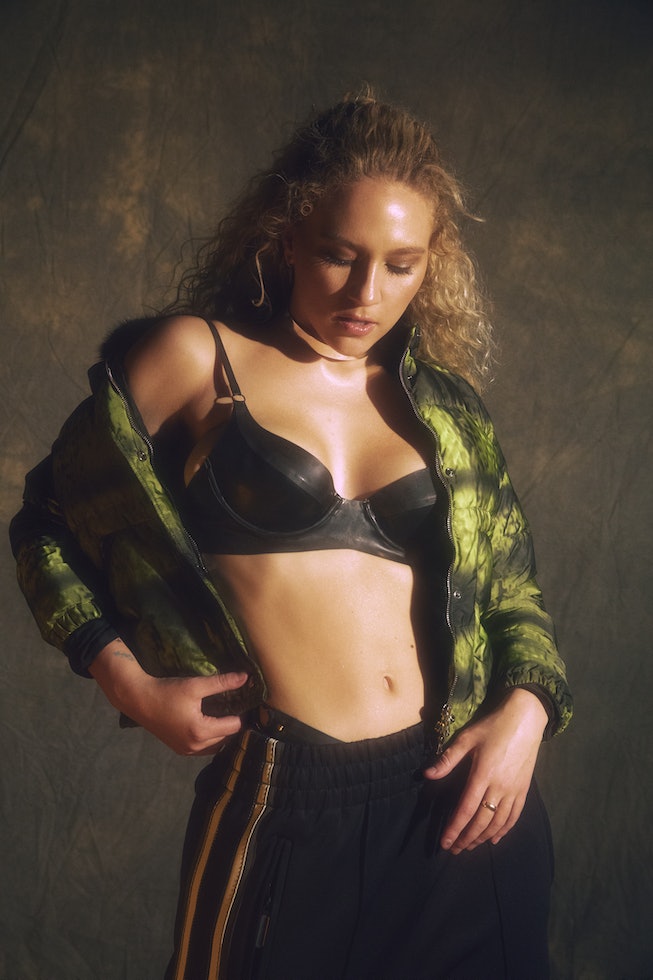 Kat Cunning’s latest single “Boys” might’ve arrived just in time for Pride, but its message is one that’s perpetually relevant. Released at the end of May, the breezy and strident pop anthem is a bold and affirming love letter to the transmasculine friends, lovers, and strangers in Cunning’s life after they noticed a lack of representation in mainstream and even LGBTQ+ media. “Don't feel alone, don't be ashamed,” they sing on the track, because you’re welcome and seen here.

It’s the musician and actor’s (Netflix’ Trinkets, HBO’s The Deuce) third single to be released this year, and on Monday, Cunning unveils its tender accompanying music video, exclusively premiering on NYLON, below. Directed by Tee Vaden, the simple visual radiates as much heart and warmth as you’d hope. Featuring Cunning and a crew of their friends (all non-binary or trans), the video is nothing more complicated than friends hanging out, cutting each others’ hair, exercising, or laughing with each other — and it says all the more for it.

“Representation of our stories can so often be about death and adversity, but it can be just as radical to show joy,” Cunning says of the video and song over a recent phone call. “The lyrics ‘We're the last ones,’ my gut really wanted to sing it, and at the end of the day it feels like [we’re] the last ones in a small town and the last ones on the dance floor in a place that we found.”

“Boys” precedes a forthcoming fuller project expected sometime later this year. Watch the video below, and read on for an interview with Cunning about the making of the song, why they chose to film the video with only non-binary and trans-identifying cast crew members, and their upcoming EP.

What inspired you to write “Boys?”

I wanted to write this song in part because I noticed that transmasculine erasure is a real thing. The first transmasculine person I ever met and fell in love with — in college a long time ago, before I'd ever heard of transmasculine people — I just learned so much about him and the way that he identified. I feel like in the media and in representation of queer people and trans people, we haven't really added much to that. In general, my music is often made with an aim to make queer people feel welcome, and people who feel othered or marginalized in any way. Because I think that was a theme in my own life coming from a fairly small town and looking very cis as far as people are considered and taking a very slow road to fully becoming myself. That concept really speaks to me, and pop music has such a particular power of bringing people together and helping mainstream communities empathize with marginalized ones.

You were very intentional about who worked on the video; everyone is either nonbinary or trans. How different was the atmosphere on set compared to other sets you’ve been in?

It was super important to all of us to make sure that everyone was transmasculine or nonbinary or an ally, because it really is something that hasn't been dealt with before. As an actor in the entertainment industry at large, I've seen very small progression, from a lack of description for any female character to even exploitative inclusion, like, "We need somebody with a wheelchair to make sure this is diverse." I just know how much it changes the culture of the set and what people bring, and Tee knew that, too, and was adamant about making sure that we had all people like that on set.

We all prepared to work really hard to make that culture. We really didn't have to at all because all of the cast members who showed up, all of the transmasculine people who gave us their beautiful spirits on film for this video were excited! They recognized and affirmed the lack of representation for transmasculine people and were emotional to be there doing something for younger versions of themselves who didn't have it. So it really proved to be so worthwhile to not have the fanciest stylist or the fanciest whatever. It was all about people who understood the vision and wanted to pay tribute to it. That really let the humanity of this purpose shine through which, like, I myself don't think I've looked more like myself in a video. Ever.

I know you also lead a very busy life as an actor, and you've been doing music for a while now, how do you balance these two spheres of your life?

So many of my icons do it, so it's possible, but it's always a constant negotiation. When there's a really great acting opportunity you have to adjust stuff in music, and when you have a break you have to go on a tour. I will say on any given day I can go mad because I will change my hat, like, 13 times. Sometimes it does catch up to me, but for the most part when it rains it pours. I have a lot of breaks and that's just the life of an artist. I just try to take care of myself and value mental health and my relationships around me.

Is there a larger project in the works that you can tell us about? What can your fans look forward from you, music-wise?

You're definitely going to see some special releases before you get a smaller project, but I am really excited because everything is pretty much lined up and ready to go. I didn't even consider being a musician until like five years ago when I offered to sing in a show and it just went really well, so a lot of my music for my EP is just from the first time I'd written ever. I think having a little time to look at that work to define what I like, there's a little more to round out my artistry. There's also a villain side to me that's very scorpio and sexy and dark and I think I want to tease that. I've fallen in love with debut EPs that have changed my life, like Adele's and stuff like that, so I take the story of the EP really seriously.

What are your plans for Pride this year?

Oh my god, I'm so excited. I'm appearing on live TV on ABCs NYC Pride, like I'm on a float. Otherwise I would be doing the Queer Liberation March which is amazing. I highly recommend everyone go to that because it's the non-corporate Pride and it's really, really incredible. I'm mostly doing performances on the day of Pride but I'm also living without shame and being proud everywhere that I go. And I'm going to gay ass brunch which I'm really looking forward to.