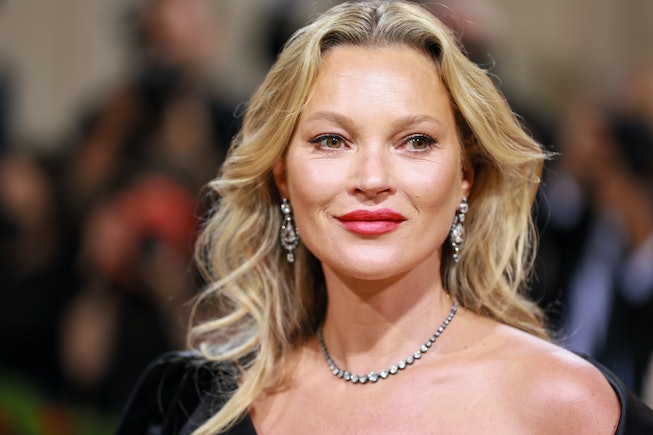 In the on-going defamation trial between Johnny Depp and Amber Heard, witnesses like Depp’s ex-fling Ellen Barkin have testified to Depp’s past behavior. On Wednesday morning, British modeling legend Kate Moss was called to testify via live video about her relationship with Depp in the 1990s by Heard’s team.

Previously, Heard spoke to the court about an incident where she punched Depp in the face to protect her sister, Whitney Henriques. “I just see my little sister with her back to the staircase and Johnny swings at her,” Heard testified. “I don’t hesitate or wait. I just instantly think of Kate Moss and the stairs, and I swung at him.” (Henriquez later testified that Depp hit her and "repeatedly" struck Heard.)

Heard was referring to an incident that allegedly occurred while Moss and Depp were vacationing at a resort in Jamaica in the ‘90s. In her testimony, Moss clarified that Depp “never pushed” her down “any stairs,” but rather, she fell.

"We were leaving the room and Johnny left the room before I did. There had been a rainstorm. As I left the room, I slid down the stairs and I hurt my back," Moss said under oath. "I screamed because I didn't know what happened to me and I was in pain. He came running back to help me and carried me to my room and got me medical attention."

"He never pushed me, kicked me or threw me down any stairs," Moss added.

Her testimony was brief and didn’t include any further details about her relationship with Depp, as Heard’s lawyers chose not to cross-examine her.

As the six-week trial comes to a conclusion this week, fans of Depp remain fervently supportive of him, bombarding social media with posts in his favor, and bashing Heard. A handful of public figures — including Julia Fox, Kathy Griffin and Howard Stern — have come out in support of Heard in the $100 million defamation case.