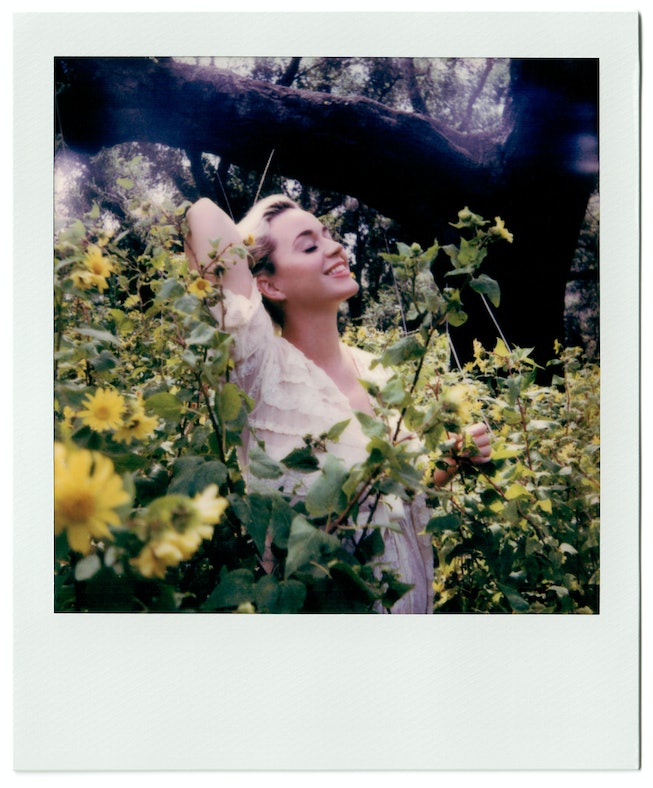 Katy Perry's next era is nearly upon us. After weeks of teasing, the currently very-pregnant pop star finally revealed the title and release date of her next album's first single. Titled "Daisies," the single will drop on May 15. "The music must go on," Perry wrote in the announcement on Twitter while also sharing the song's cover art, a sweet photo of Perry basking in a field of wild flowers.

The American Idol judge first teased the existence of the project back in March when she dropped "Never Worn White," a loosie that also served as an ethereal pregnancy announcement. In an Instagram livestream following the release of the song, she cryptically hinted at the fact that she'd be "giving birth" twice this summer.

"Not only will I be giving birth, literally, but also figuratively to something you guys have been waiting for," she said. "Let's just call it a double whammy, a twofer."

Since her pregnancy announcement and the start of quarantine, Perry has been dressing up in various lockdown-essentials costumes, like toilet paper and hand sanitizer, to promote American Idol, which has transitioned to at-home filming. Most recently, to commemorate the would've-been Met Gala, she shared her costume for this year, which involved a pink coned bra and a shield-of-sorts for her baby bump.

"Never Worn White" was Perry's first single of 2020, and followed a string of singles she put out in 2019 including the excellent "Never Really Over," and the tropical bop "Harleys In Hawaii." Her last album, Witness, came out in 2017.

See her single announcement below.