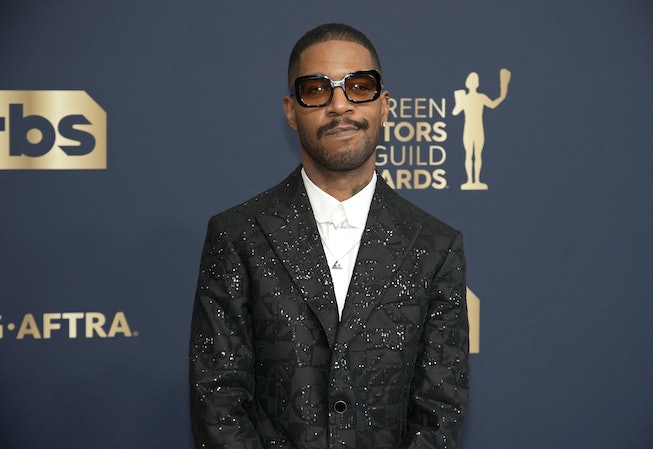 Kid Cudi is making his directorial debut. The rapper and record producer just announced that he’s working on a film based on his 2009 hit single, “Pursuit of Happiness,” for Netflix.

The upcoming movie was created by Cudi, who will also star in the feature. He announced the news this afternoon on Twitter, and explained the project has been in the works for quite a while. “Ok. I’ve been waiting to tell you all about this for a long time,” he wrote. “This year I’m directing my first feature film, Teddy at Netflix which I wrote and will also be starring. This is a story I started writing in 2013 because I always wanted to write my own movie, so I said fuck it and started doing it. (Message!).”

“The road has been long, from it being a tv show for years to finally being a film,” he continued. “So it means so f***in much to finally be able to bring it to the screen next year, and I cant wait for you all to meet Teddy, his friends, his family, and take a walk in his world for a bit.”

Teddy is being produced by musicians Jay Z and Jeymes Samuel, along with film producer James Lassiter, and Kid Cudi’s production company MAD SOLAR and BRON. The project appears to be in development with Netflix, although most of the production details are still under wraps.

Kid Cudi did, however, share a brief synopsis. “If I could sum up what the movie is about in one sentence, I’d say this: It’s as if I took the song ‘Pursuit of Happiness’ and wrote a movie about it. I added a lot of my own experiences in it, so this film is very close to my heart.”

“Pursuit of Happiness” was the third single from Kid Cudi’s debut album, Man On The Moon: The End of Day. The song became an international hit that reportedly appeared on 11 global charts for 123 weeks. It’s remained a fan-favorite, and has since appeared in a multitude of commercials and movies.

According to Kid Cudi, he believes Teddy will have a similar social impact. “I know, that deep down, this movie will help people in the same ways my music has. I’m continuing my mission,” he wrote. The rapper further explained that Teddy is a comedy, with a sprinkle of “real shit” embedded in it. “It’s trippy, it’s fun, it’s sad, it’s life,” he concluded.

Teddy doesn’t have a release date yet. Stay tuned for updates!