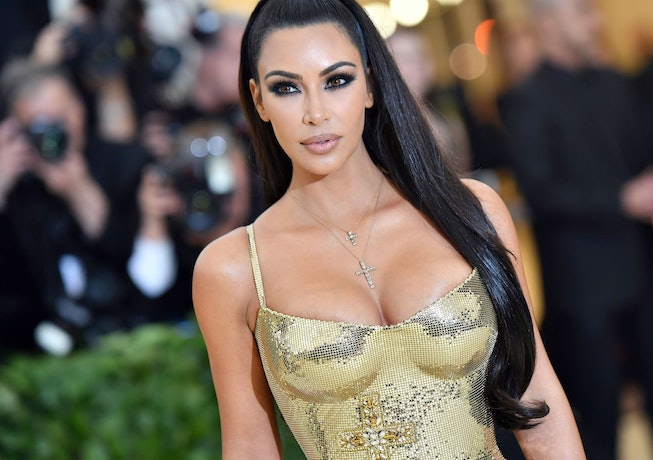 People say the Kardashians don’t have talent, but at least they have taste. American socialite and attorney-in-training, Kim Kardashian has a distinct knack for spotting the finer things in life. Whether it be the perfect fabric for her next Skims collection, designer jewels, or fabulous party decor, the media mogul is always drawn to luxury.

But who knew her keen-eye could help solve an ongoing criminal case for a stolen artifact? According to The New York Post, a photo of the reality tv star posing with an ancient, gold Egyptian coffin helped detectives locate its whereabouts after years of confusion.

The coffin was purchased by the Metropolitan Museum of Art in 2017 for their “Heavenly Bodies” exhibit the following year. During the 2018 Met Gala Kim took a photo next to it because the glittering display-case perfectly matched her gold dress. Prior to its arrival at the Met, the coffin originally held the mummified corpse of Nedjemankh — a high-ranking priest from the first century B.C.

During Egypt's 2011 revolution, the coffin was dug up and stolen from the region of Al Minya, then taken through the United Arab Emirates to Germany. Afterwards, the item was restored and provided a fake export license so it could be sold.

Art curators at the Met purchased the item for 4 million dollars, but they were reportedly unaware that it was an illegal transaction. According to journalist Ben Lewis’ podcast, “Art Bust: Scandalous Stories of the Art World,” the coffin came with very convincing paperwork.

Nevertheless Manhattan District Attorney, Mathew Bogdanos was alerted of the artifact's new residence after seeing Kim Kardashian’s viral photo. The New York Post also reported that an “anonymous tipster” in the Middle East received the image from a “gang of pillagers.” They’d apparently looted the coffin seven years earlier and gave it away, but weren’t paid for their role in the transaction. After contacting Bogdanos, the attorney asked for a digital image of the coffin — cue Kim’s stunning-gold outfit — and from there he was able to crack the case. After contacting The Met directly, the museum was able to verify the items identity through a mummified finger-bone that was found inside the coffin.

After a five years of searching, the artifact has finally been returned to Egypt, and Kim can now add assistant-detective to her never-ending resume.