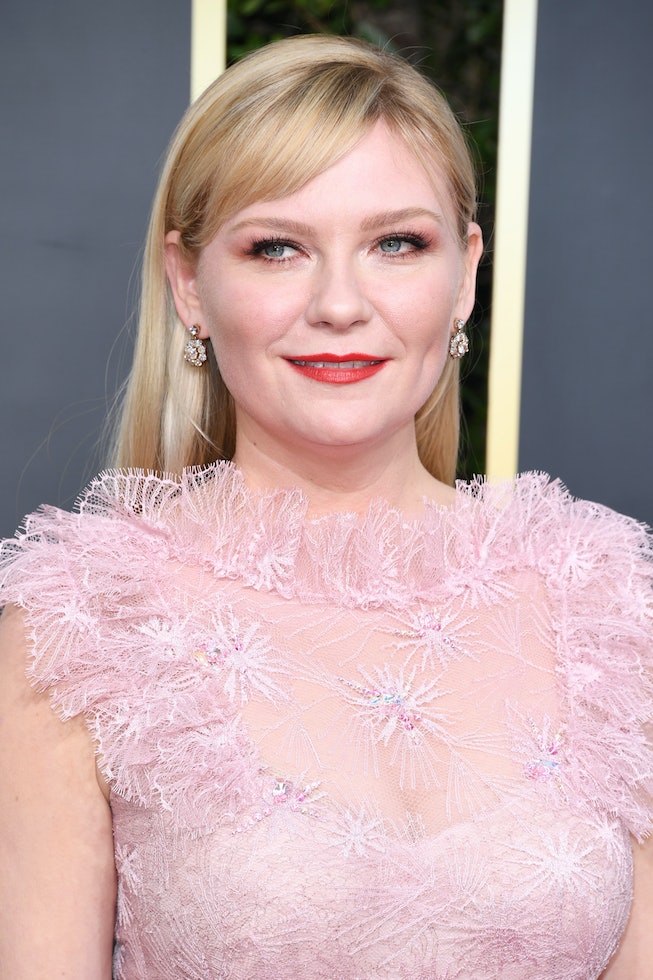 Celebrity baby season is in full swing. Kirsten Dunst is pregnant with her second child, according to her new cover story for W Magazine’s Director’s Issue, shot by friend and frequent collaborator Sofia Coppola.

Dunst, 38, is expecting with partner Jesse Plemons, 32, and the pair already have a 2-year-old son named Ennis Howard together. For her shoot with W, Dunst showed off her baby bump in Rodarte, joking, “Every shot was on the floor. I was like, ‘I can’t get up.’ I felt like Urkel.”

Dunst and Plemons met on the set of Fargo in 2015, before announcing their engagement two years later and welcoming Ennis in the spring of 2018. Dunst wore Rodarte for that pregnancy announcement as well.