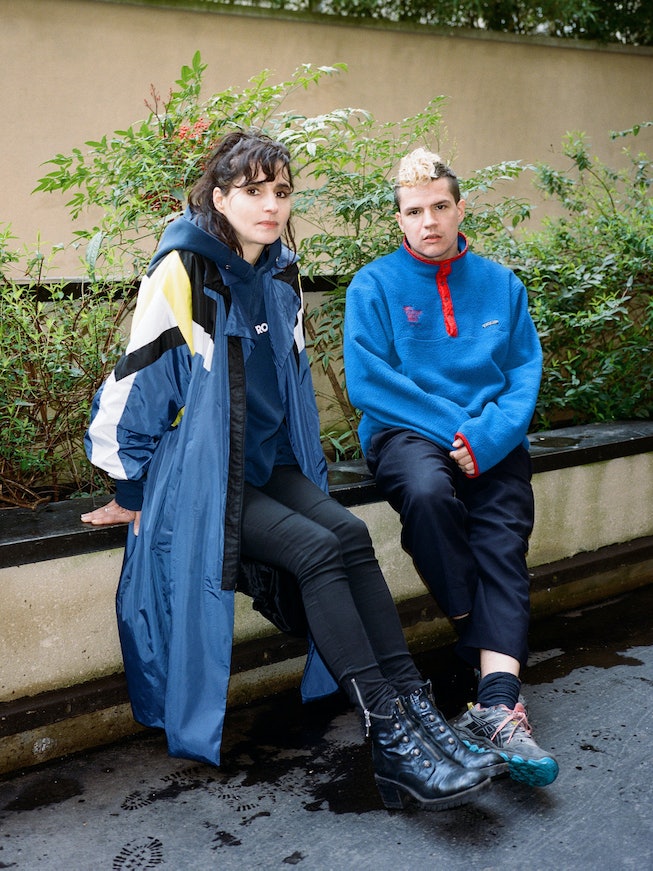 Rising from the dense and rich ecosystem that is Paris' underground dance community comes "PLUR," the newest collaboration from veteran of the scene Maud Geffray (half of Parisian DJ duo Scratch Massive) and Krampf, her promising new counterpart who runs in the same circle as Oklou and Coucou Chloe. NYLON exclusively premieres the song and video below.

After a year of shuttered clubs and raves, its arrival is an exhilarating, painful reminder of all that we have missed. Opening with angelic chords and a soft kicking beat, "PLUR," which stands for “Peace Love Unity Respect” (perhaps the four tenets of any sacred underground rave space), takes off into a spirit-raising frenzy. Its sole, transcendent mission is to get you to dance. It's successful, if only to briefly get the four walls of your room pulsating with the life and vitality you'd otherwise find in a warehouse somewhere, if you closed your eyes. Doing it alone can even make the experience feel as spiritual as meditation — as the song's accompanying video proves.

In the visual, "PLUR" plays in the background as people experience it while sitting cross-legged with closed eyes in a strobe-lit room, or completely lying down, their heads touching one another's, on a lit-up dance floor. Would it be a stretch to wonder if, were we all to do this in unison while listening to the song, we could meet up together again on some parallel, mental plane?

Of the song, Maud Geffray and Krampf write succinctly in an email: "'PLUR' (Peace Love Unity Respect) is an anthem track conceived by Maud Geffray & Krampf. Romantic Chords and echoes of angelic voices mingle with brutal breaks and Eurodance riffs. A short and definitive track in which the magic operates from the start.

"We tried to make the collab horizontal instead of a vertical, traditional way of collaborating. I think the listener can guess easily which part comes from who, even if we both worked on the full part for every second."

"PLUR" is off of NADSAT, an upcoming collaborative album from members of Paris' underground dance scene, aiming to celebrate the breadth of sound and experience of all in the community. It's out March 5 via Because Music.