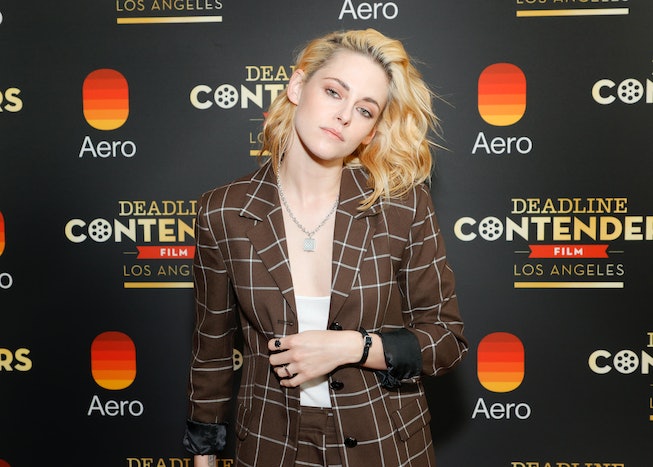 We may be heading towards the holidays, but Hollywood is still stuck in spooky-season. In a recent interview with The New Yorker, Kristen Stewart announced she’s working on a gay, ghost-hunting reality show with a friend. Stewart’s project, which is being produced by Scout Productions, follows a slew of paranormal-inspired content helmed by celebrity hosts with a penchant for the supernatural.

Demi Lovato started the trend earlier this year with her alien-hunting show Unidentified with Demi Lovato. The Paramount series — which follows Demi, their sister Dallas, and friend Mathew as they embark on a road trip to track down extraterrestrial life — aired its first episode on September 30th. Shortly after its premier, Kesha revealed that she was also creating a reality-series called Conjuring Kesha. The “Praying” singer’s show is focused on paranormal activity, but it follows a similar format as Demi’s. In Conjuring Kesha, we’re expected to see Kesha and her friends explore haunted places around the country, hoping to prove that ghosts exist.

Though we don’t know much about Stewart's upcoming series, the actress did say the project would be opulent. “Gay people love pretty things. So we are aiming for a richness,” she told The New Yorker. The project has also been described as a “paranormal romp in a queer space.”

Further details have yet to be released as the project is still in early development, but if Stewarts working on it, it’s sure to be a hit. The actress previously wrote and directed the short-film Come Swim, which was shown during the 2017 Cannes Film Festival along with the 2017 Sundance Film Festival. Per the synopsis, Come Swim was a “poetic, impressionistic portrait of a heartbroken man underwater.” It combined Stewart’s visionary expertise with her writing ability to create an unexpected hit. With those skills up her sleeve, her ghost-hunting series will certainly be one to look out for.